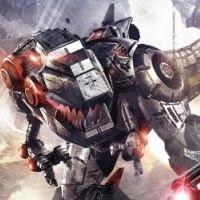 Transformers Fall of Cybertron will succeed Transformers: War for Cybertron as a sequel to last year’s amazingly awesome game which is still currently in development at High Moon Studios.

The new game, Transformers: Fall of Cybertron, was unveiled today by Game Informer. Details are very scant, but after how War for Cybertron turned out, Transformers fans should be quite pleased to hear another original game is in the works after the movie-inspired Dark of the Moon turned out to be a disappointment. 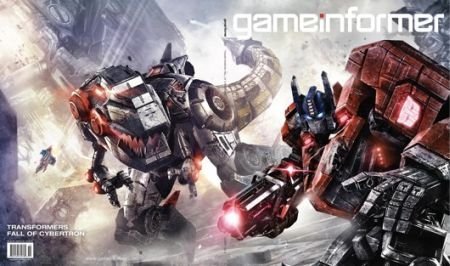 Fall for Cybertron - will have Grimlock as a dino.

The civil war between the Autobots and Decepticons continues to rage on in Fall of Cybertron; unfortunately for those eager to know what will happen, we only have that and the name to go on at this point as far as story details go. Well, that and an image of Optimus Prime lifting up Bumblebee, who seems to be dead (or close to it).

Part of the game play will have Grimlock who is apparently taking his dinosaur form in Transformers: Fall of Cybertron in contrary to his Cybertronian mode  in WFC. How did he take the beast form? You need to find out!

High Moon Studios is again responsible for development, having teased fans on Twitter that an announcement was coming today. Besides the two most recent Transformers games, it’s previously developed Darkwatch and The Bourne Conspiracy. 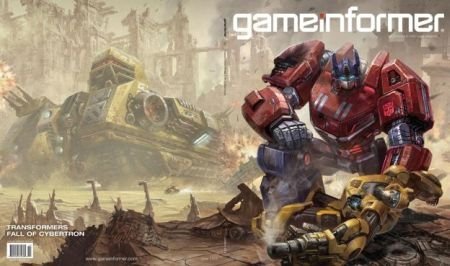 Fall for Cybertron - will Bumblebee die?

Game Informer unveiled the title and concept shots for the long-ago teased game via its latest cover reveal, which features both Optimus Prime and the aforementioned Grimlock on a metallic battlefield. Few details are given other than the game’s title and development house, though GI’s site plans to blow out more as the weeks go on, and the magazine will have more details when it arrives later this month.

We’re gonna go all the way crazy and assume the game will arrive on Xbox 360 and PlayStation 3 at the very least, though no platforms were given in the announcement. What was in the announcement, though? An incredible mechanical dinosaur.