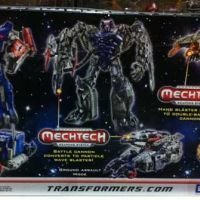 We have seen earlier a redeco of Shockwave in a ‘Crystal’ form and a translucent voyager class Optimus Prime with unknown belongings to which release.

The mystery has been answered when Australian transfan from Ozformers have revealed to us from his local TRU that the two is actually part of a tri-pack TRU exclusive known as “Streetside Bot Brawl” also featuring a translucent Bumblebee which is still unseen yet. 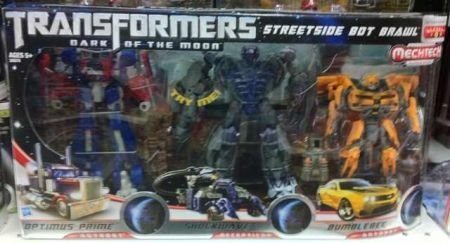 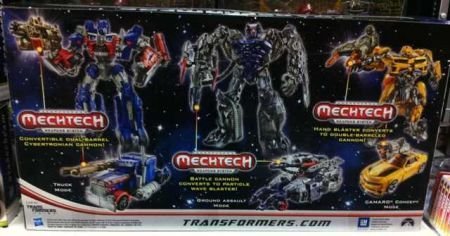 According to the article on Ozformers the product code is #34074 which matches the “TF3 Voyager Deluxe Pack” priced at $49.99. This release is still uncertain to be made available in US and Asia, and all we can do is just wait.