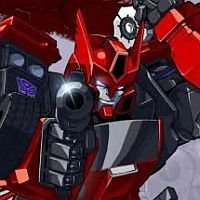 TFCC had kindly release some pictures of him so you can get a rough idea how he is going to look like. No surprise that he is (obviously) a repaint of Generations Drift. He will come with guns instead of swords. The guns are said to be Generations Blur’s gun. Sweet!

Having said that, TFCC seems to keep their options open by claiming that he “comes with a selection of weapons.” So we’ll have to wait for more details to find out more about the weapons that he’s going to get.

Check out the mockups of the final paint scheme for the upcoming club-exclusive Shattered Glass Drift below for your eye candy: 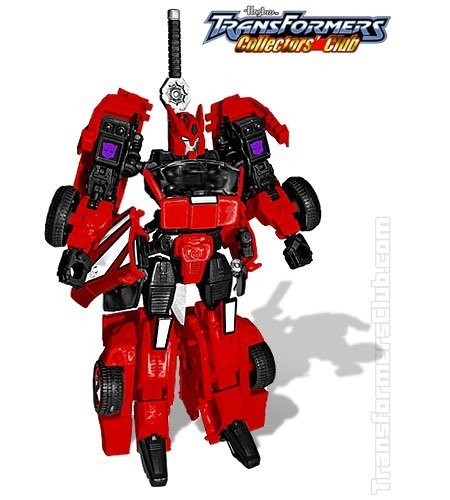 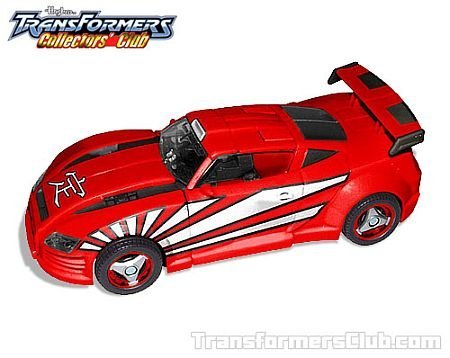 His bio is already available:

FUNCTION: Dimensional Fragment Eliminator
(Fancy-talk for hunting invaders from other universes)
“Kill ‘em again to make sure they stay killed!”

Even amongst the villainous hordes of the Evil Autobots, DRIFT is considered the most brutal. Laws and morality have no stay with him, only money and profit. And occasionally thrills. He’d kill his own batch initiators if he were paid for the job. Or if he thought it might be fun. Typically given free rein by the Autobot leader, Optimus Prime, to complete his objectives, Drift’s methods of taking out his targets are only limited by his imagination. In other words, they are almost boundless. The mercenary relishes dreaming of new ways to dismantle his marks, and logging them when he reboots in the morning. Regardless of the elaborate traps he might set, he always ensures that he is there at the final move, with his finger on the trigger or his hand on the blade.

Drift is quick with his vocalizers, occasionally tipping off a target by taunting or jeering at them. In the end though, it doesn’t matter. Drift will find the mark. All running accomplishes is a little added amusement for this vile Autobot. Just one thing may slow him down… Drift has an irrational fear of Petro-Rabbits.

This figure will be available to purchase, along with Generations Runabout sometime next year for club members. This “Bot of Banter” is packed in a convention style box with a foam insert for easy removal and display. He will be available for Pre-Order early 2012!

‘Best Movie-Based Video Game’ Goes To Dark Of The Moon