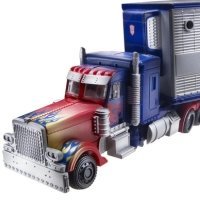 Rejoice people! Transformers Movie Trilogy Optimus Prime with Mechtech Armory trailer has been listed and sighted in Hasbrotoyshop.com for $29.99.

Also comes with it, his lengthy bio tech specs that says:

“OPTIMUS PRIME has traveled across the universe, and fought alongside many great and noble warriors. Throughout it all, he has relied on his own private arsenal. It is a collection of the most powerful weapons in the universe, built up over centuries. It has seen him through some of the most dangerous and devastating battles in the history of the cosmos. It’s the ultimate in AUTOBOT power! Your OPTMIUS PRIME figure hauls a trailer that converts to a MECHTECH armory – and can store a stash of up to 7 MECHTECH weapons! (Weapons sold separately.) Switch this robot hero figure from Robot Mode to Truck Mode and back again, depending on his battle strategy. Whatever his enemies have in store, this bot’s determined to destroy them, and he’s going to be unstoppable. Contains robot figure and trailer.” 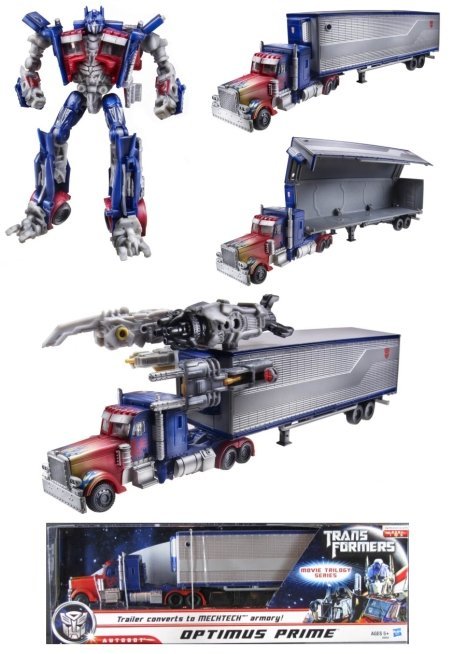