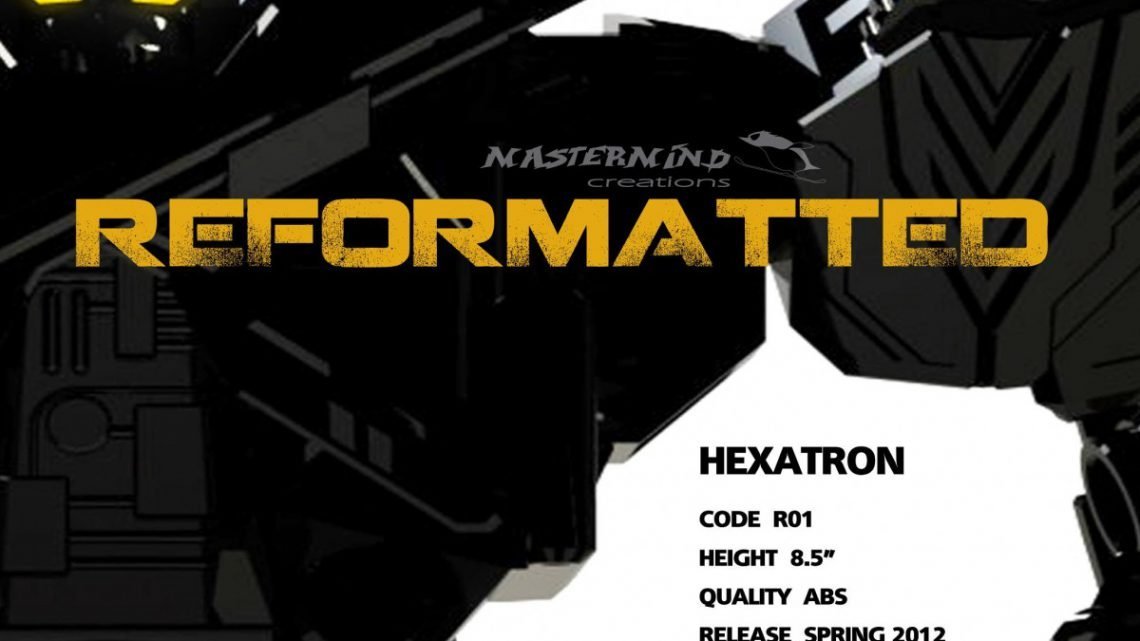 It seems like more and more third party products is answering to the fans more than Hasbro-Takara does. Here we were proudly presented by Mastermind Creation showcasing one of the most legendary Decepticon of all time – Hexatron (not-Sixshot).

While JustiToys had made sweet ‘justice’ producing the Worlds Smallest Transformer Sixshot, Mastermind Creations has taken a leap further by working on a full-sized Sixshot figure, just right about the scale between a standard voyager class and a standard leader class toy (8.5 inches).

The figure was named Hexatron, and it inherit the true substance of the original version of G1 Sixshot as the figure will also have six modes. The figure is made of ABS as stated in its info.

Here we present you computer renderings of Mastermind Creations’ Hexatron in it’s glory. While a release date is not certain yet, but this is what had surfaced so far. Check them out below: