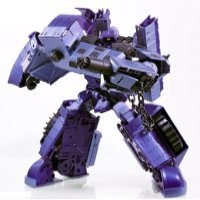 Shockwave fans and lovers will have their breath taken away by the revealing of Mastermind Creations’ KM-03 knight Morpher Cyclops (not Shockwave).

New fresh photos have surfaced via Mastermind Creation’s blog itself via their recent updates. Cyclops is very sought after where he was based of IDW’s Heart of Steel Shockwave, that Hasbro never bother to make. 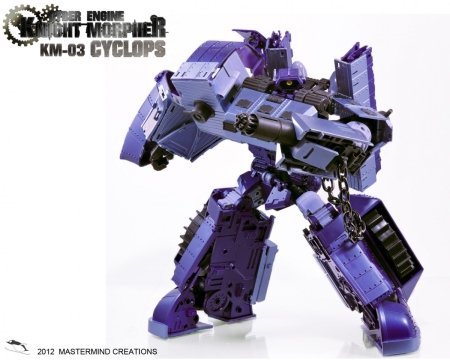 The prototype was impressively done in purple rather than the traditional gray. From the pictures he was placed side by side with Masterpiece Grimlock giving fans a rough idea of his scale. 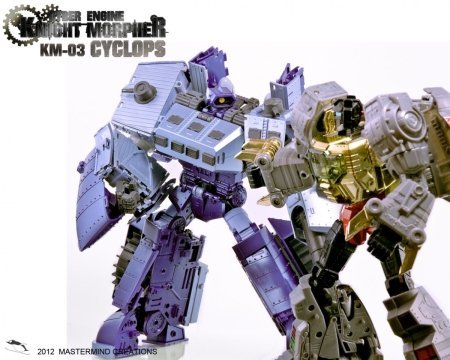 Cyclops (not Shockwave) transforms into a cool but old-school looking ironclad steamship similar to the ones in IDW Heart of Steel. 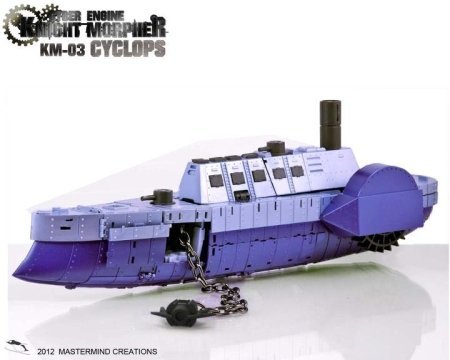 The cool gimmick that you case on that ironclad ship is that massive chain and anchor that probably be his flail in robot mode. 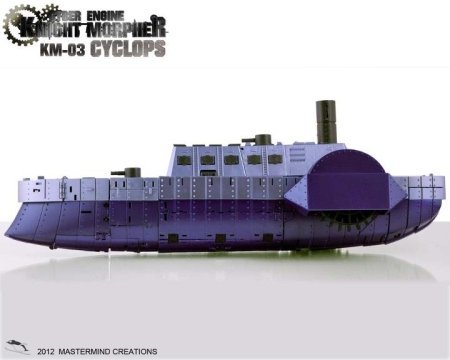 KM-03 Cyclops as an ironclad steam ship side view

Overall, that glimpse will gave us idea that Mastermind Creations have pushed the boat out with this one and made an unofficial product on the same scale as the official Transformers Masterpiece series.