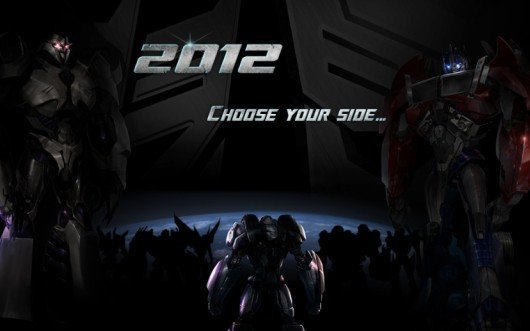 Brace yourselves for more Transforming gaming galore! Transformers fanatics everywhere are surely gearing up for the official Transformers fan convention, BotCon 2012, which will be taking place in Dallas, Texas, from April 26th until the 29th.

Well, Jagex is giving fans of its upcoming MMO Transformers Universe a reason to be even more excited for the con: Attendees will have the opportunity to pledge their allegiances to the Autobots or Decepticons and reserve their in-game character names.

“So if you want to get a sneak-peek at Transformers Universe and reserve your favorite character name for the game’s release, just set your sights on BotCon 2012 and transform and roll out.”