IDW Rolls Out More TF in 09

By the time Michael Bay’s “Transformers: Revenge of the Fallen” hits movie theaters across America next summer, IDW is hoping that Transfans everywhere will roll out to comic shops in equal numbers as they do to multiplexes.

The publisher shows no signs of stopping their various waves of “Transformers” comic book as they announced a strong slate of Robots In Disguise stories set to debut throughout the rest of 2008 and into 2009 at Comic-Con International’s “All Hail the Transformers!” panel in San Diego including new tie-ins to the upcoming film sequel, more mini series and one-shots set in the Generation 1 universe such as a 5-part “Dinobots” series and the long-rumored origin of the Transformers mythology called “The Thirteen” written by Simon Furman.

“We’re definitely trying to do a little something for everybody on ‘Transformers,'” IDW Publisher and Editor-in-Chief Chris Ryall told CBR, and with the sheer number of Transformers comics ramping up for production, readers will have plenty of options. Immediate plans for the classic Generation 1-style comics IDW has been producing over the past few years include a new “Spotlight” one-shot focusing on the character Blurr by writer Shane McCarthy who also heads up the recently launched “All Hail Megatron!” mini series which will soon feature an original character called Drift who has been selected by Transformers owners Hasbro to be made into a toy – the first original IDW creation to ever receive the honor. 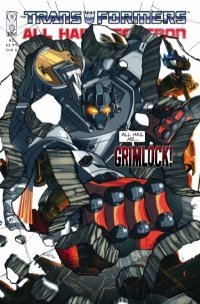 “You push for that in every series, so it was a very nice surprise getting to do that,” Ryall explained. “It was pretty awesome when Shane McCarthy created this stuff and we had Guido [Guidi] do sketches for it. We thought, ‘Aw, there’s no way they’re ever going to let us do this.’ But they loved it! They were like, ‘Give us more sketches, and let us see it in color. How will is transform? What’ll it look like and turn into?’ And then really quickly, they said, ‘Our designers loved it. It’s going to be a toy.'”

On the movie side of things, IDW begins prep for the sequel to last year’s summer blockbuster in December with “Transformers: Destiny” – a five-issue prequel comic tying together their previous movie continuity series by Chris Mowry and Alex Milne, the writers behind the “Reign of Starscream” movie sequel. “The cool thing about having the screenplay and being able to work farther out this time than we could last time is that we can take what’s happening in movie two and not only tie it to the first movie, but also with the ‘Reign of Starscream’ prequel and the next prequel and really make it into one huge storyline. We could pick up on plot points from ‘Reign of Starscream’ and hints of what’s happening in movie two and really tie it all together. Second movies are always nicer because everybody relaxes a bit on how far out they’ll let you see things,” Ryall said.

And next summer, longtime Transformers writer and general guru Furman will return to the movie-verse for the adaptation of the new picture. “I think it’s great having him work on both because he brings such great decades of knowledge and information about the characters and this world and make it make even more sense,” Ryall said.

For his part, Furman is looking forward to tying together some of the background established in the original comics to the stories presented on screen. “I certainly will look at it to see if there’s more depth that we can layer into it,” the writer explained. “I know that the movies, without too many specifics, don’t touch upon some of the mythology of the Transformers. There’s a little bit of that there, but I figure in the way of movies it won’t be a big part because that would require a lot of budget and so forth. There may be an opportunity in the adaptation to go a little deeper in to some of that side. 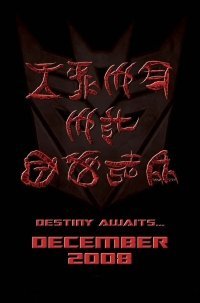 “I think both Hasbro and the movie people and IDW are fully invested in this movie universe because it’s going to be around for a few years yet, what with possible sequels and sequels to sequels. I think this is something everybody’s going to be behind for a while. There’s scope to developing material between the movies or running up to the movie or just out the other side of it. I think everybody’s geared up for this movie-verse now, and come next year it will all start to be a lot more integral with the mythos behind Transformers.”

The rest of Furman’s upcoming work will center on two of his most beloved ideas within the Transformers comic universe; longtime fan favorite characters the Dinobots get a 5-issue series titled “Transformers: Maximum Dinobots” and drawn by Nick Roche, and 25 years of hints finally come into light when the definitive Transformers origin tale “Transformers: The 13” debuts in 2009.

“This is still evolving as we speak, but the story I’m working on is quite focused on a period way back in the Transformers history,” Furman said of the origin. “We’re not going to feed everything into an ongoing Transformers storyline. It’s going to be very much its own start up story. It’s the very beginning. We’re winding things back to show how it all started and how the big forces that shaped everything else came to be.

“I’ve never really had the chance to lay down the definitive story around these guys and what role they played in what came after them. Over the years for various publishers in various publications, I’ve laid seeds of this group called The 13 and hinted about who some of them might be and how they play into the bigger mythos. I think this is where we’re finding answers to all the big questions. We’re working very closely with Hasbro in this series so that whatever we do in ‘The 13’ is very much tied in to the whole Transformers Universe. They want to get all of their irons in the fire ready and in the right order for 2009, which is the 25th anniversary. We’re all working hopefully to get a definitive, cohesive Transformers Universe in terms of the back story.” 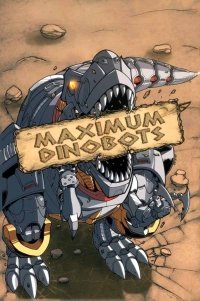 The writer added that the threads introduced in “The 13” will eventually payoff in current series and plots and possibly elsewhere within the Transformers family of media. “It’s interesting that the second movie is using this character called the Fallen, which is a character that we created back in the Dreamwave days for this big series called ‘The Dark Ages’ which tapped into what had gone before. So these names and institutions like The 13 are rolling on into different incarnations.”

As for the modern comics era, Furman’s choice to expand the Dinobots characters out into their own series owes less to the mechanical lizard’s popularity with fans as it did their popularity with him. “They connected to me. I just thought, ‘What a cool idea! Robot dinosaurs!’ They immediately struck me as the kind of characters that were going to be tough and ornery and maybe not get along with the rest of the guys since they’re their own little unit. There’s lots of potential there for character, for them to be the dramatic spur for lots of things. They don’t necessarily go along with orders or see eye to eye with the commanders. I saw the potential right away.”

The series will pick up on the larger story Furman has been crafting for the characters since he began at IDW. “There’s going to be quite a big supporting cast in this. The main Decepticon bad guy is Scorponok who’s we’ve established already as being a guy who essentially merges his technology with whichever planets’ he’s on. So he’s gone ahead and created a whole army of what
he calls Headmasters, who are clones of an Autobot called Sunstreak.

“We’ve got a couple of others in the mix as well – one or two of which I think might be a nice surprise for people. There’s lots going on with lots of characters good and bad, but we won’t be focusing on the likes of Megatron just because he’s busy over in ‘All Hail Megatron!’ and we don’t want him in too many places at once.”

Of course, the main stars of the series are Grimlock and his crew of Dinobots, each of whom will have a kind of miniature spotlight tale as the five issue roll along. “IDW and Chris were very clear that they wanted something self supportive as well as tying up a few loose ends. What you’ve got is a very focused, Dinobot-led series that really gets to grips with the mechanics of this team that we’ve only really seen in one little appearance back in ‘Spotlight: Shockwave’ when they first appeared.

“It’s our chance to really get into the minds and the dynamics of this team and show what makes them tick and why they are who they are and what makes them special. So as well as some big stuff happening on the subplot side, there’s going to be some serious stuff happening on the Dinobot action and interaction side where we can see what goes on on a personal level and a big action level.”