WFC DLC Codes For More Than $100 On eBay

In case you missed it, Transformers: War for Cybertron came out last week and we really dug it. But if you did know, perhaps you’re a big enough fan to pre-order the PS3 or 360 version from Best Buy, Amazon, or Gamestop.

If so, then you got an exclusive code to unlock one of three different characters, Jazz (Best Buy), Shockwave (Gamestop), or Demolisher (Amazon).

You might have excitedly used that code the day you got it, but if you haven’t, you may want to consider selling it on eBay, as some kooky folks out there are paying more than $100 for that content.

Yes, some of these codes for a digital Transformer are going for nearly double the game’s retail price. And why? Sure, we’ve seen this before, most recently with Red Dead Redemption Golden Guns, but those rarely sold over $30.

Are Transformers fans that hardcore that they would pay such a premium to have those exclusive characters? Are they so used to paying insane money for the toys that they don’t bat an eye when dropping a C-note on a Demolisher code? 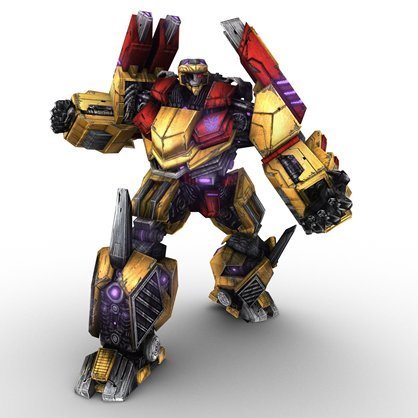 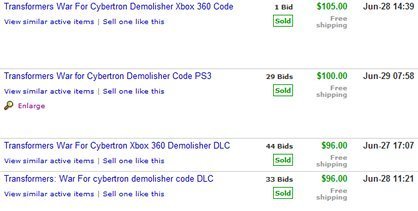 Demolisher: Apparently few people got the title off Amazon, as he routinely goes for around $100 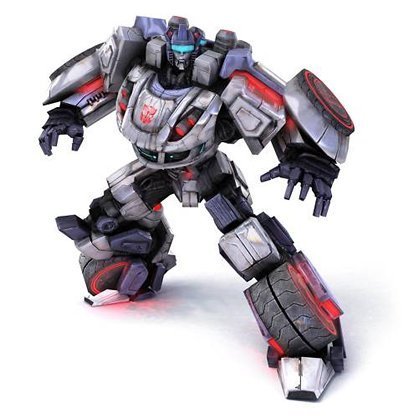 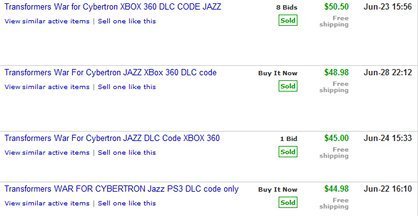 Jazz is in the middle, normally going for nearly the cost of the game 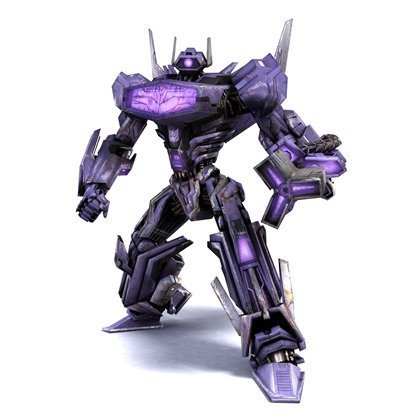 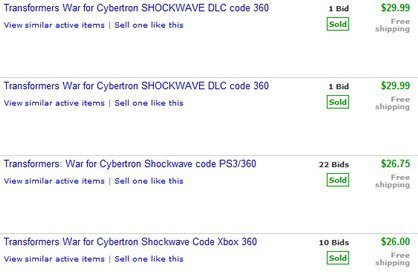 Shockwave, currently the easiest to find and thus the cheapest

I don’t know, but what I do know is I wish I had bought the game off Amazon. The value of retailer exclusive DLC codes only seems to be going up, so long as you sell it soon enough after launch, though the aforementioned Golden Guns are still going for $20-30. We’re not Jim Cramer or anything, but that exclusive Enslaved DLC is looking more attractive by the moment