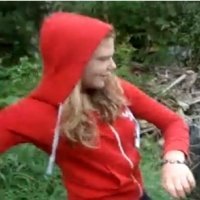 Wednesday, dog lover and ‘Transformers man’ Hollywood director Michael Bay offered a $50,000 reward for information that leads to the arrest of a girl who threw puppies into a river, according to the Daily Mail.

“Michael Bay has informed me that he is offering a $50,000 reward for information leading to the arrest and successful prosecution of the woman in the red sweatshirt and the person who shot this act of cruelty.”

Thursday, the message is no longer posted on Bay’s website.

Police in Bugojno are searching for the girl, who many believe lives in Bosnia. Bosnia has animal abuse laws that allow fine to be charges to perpetrators, but jail time is not expected.

“I will try to process everything in my power, and examine this case,” said a spokesperson for the Bosnian ministry of the interior.

Tuesday, a YouTube video emerged of a girl throwing puppies into a river and the video has enraged people from around the world. The video has since been removed from YouTube.

Tuesday, PETA offered a reward for information that would lead to the identity of a girl who threw puppies into a river and videotaped herself doing it. For more on that story, click here.

Several Facebook pages have been created as an attempt to determine the identity of the girl. The short video shows the girl wearing a red-hooded sweatshirt grabbing six puppies from a bucket and hurling them into a river. The puppies can be heard crying in the video, and seen hitting the water.

Police in the Bosnian town of Bugojno told the press on Friday that they have found the girl who was videoed tossing puppies into a river. They said she was located after they followed up on a number of tips given to them by animal rights’ groups.

The girl they say is a juvenile, and as such they are not about to release her name. Police say they will be questioning the girl’s parents about the incident.

Velimir Ivanisevic, head of a Sarajevo based animal group SOS, told the press his information was that the original video was filmed by the girl’s brother.

“It is a mirror of society and the fact that young people are doing such things shows how they have been raised,” Ivanisevic said.

Under Bosnian law a person who kills or tortures animals is punishable only with fines ranging from 15 to 5,000 euros. The girl is unlikely to face any other kind of punishment.

The girl that the Bosnian police have identified is not the mysterious Katja Puschnik, a girl who claimed to be the one from the video posted a separate apology video on YouTube.