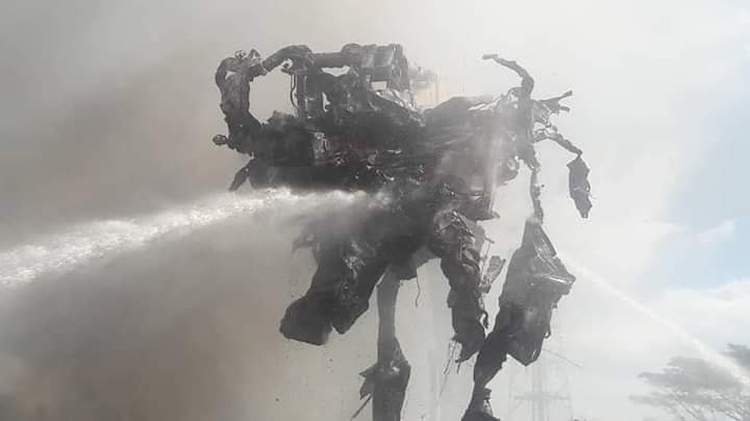 Malaysians as usual quick to judge even they know that Transformers don’t exit. Here’s what’s strange happening lately in Sibu’s dumpsite. Folks here were shocked when it was alleged that a ‘Transformer’, not immediately identified as either an Autobot or a Decepticon, was spotted in the town’s dumpsite after a video of it went viral on social media yesterday.

Sadly, the robots have not landed here, as much as many of us would like, because the robot-like object was actually just a pile of garbage burnt at a recycling site along Jalan Tunku Abdul Rahman, here.

“We received a call from a member of the public who informed us of a large fire at the scene.

“Eight firefighters were rushed to the scene and upon arrival, they found a pile of rubbish made up of old stuff and scrap metal burning,” he said when contacted, today.

It is learned that during the process of putting out the fire, the pile of garbage which was about the height of a two-storey building began to look like a giant robot.

Wan Kamarudin said firemen took almost an hour to control the blaze and put it out completely.

TransMY Will Participate in CTFKL2019