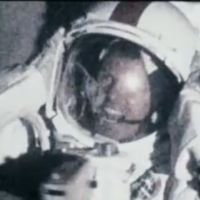 NASA Shunning Away From Apollo 18 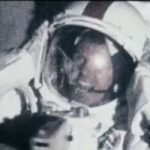 Now that NASA’s space shuttle program is over, and the agency is trying to hold onto its funding, NASA is eager to work with Hollywood any way it can, to keep itself in the public view. NASA worked with Michael Bay on Transformers 3, and a NASA scientist does a voice-over in Another Earth.

But there are some movies so wrong that NASA can’t be associated with them. Like in 2000, when NASA decided not to help with Red Planet because its science was so bad. And now, when NASA dropped out of a collaboration on Apollo 18, which opens Friday.

Apollo 18 purports to be actual footage from a secret lunar mission in the early 1970s, revealing that astronauts came across something dreadful on the Moon, and that’s why we’ve never been back. In its original press release, Dimension Films actually tried to claim that producer Timur Bekmambetov, “hired by Russia to shoot a documentary about the Russian space station, recently came across footage in its space archives that bolsters the idea that an Apollo 18 mission did, in fact, take place, and reveals startling evidence of extra-terrestrial life forms. This actual footage will be part of Apollo 18, a paranormal thriller that will interpolate fact and fiction.” Three hours later, Dimension changed the press release to remove that “factual error.”

NASA initially touted Apollo 18 as one of its Hollywood collaborations, but has “begun to back away from the movie,” says the L.A. Times’ Rebecca Keegan. A NASA spokesperson, speaking to the Times, felt the need to emphasize that Apollo 18 is not a real documentary, and that NASA was “minimally involved with this movie.”

Nobody from NASA has seen a finished version of Apollo 18, and the movie’s also not being screened for critics. Even the film’s main scientific adviser, “flying saucer physicist” Stanton Friedman, has not seen the film at all.

I guess we’ll all find out the truth about Apollo 18 when it comes out tomorrow.