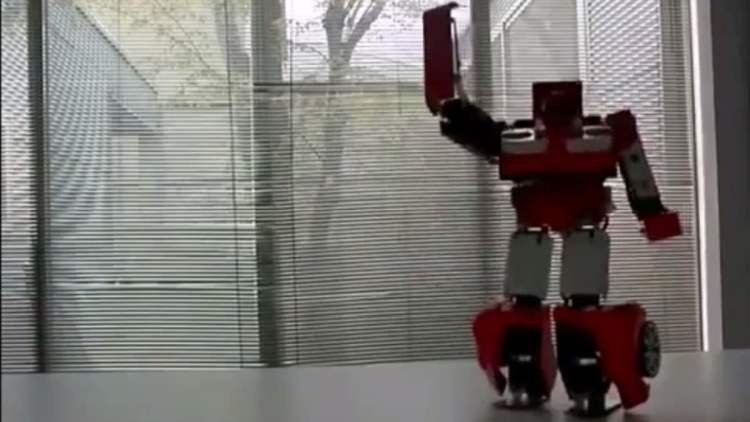 One second the toy rolls up as a car, the next it’s automatically transformed itself into an upright fighting machine that can move around, tip toe and deliver uppercuts. It’s unbelievably awesome and it’s what every kid (and adult) should want for Christmas or their Birthday or any day, really.

No more weird instruction manuals, no more bleeding thumbs, no more broken Transformers. This custom figure from Japan transforms itself. Just like a good robot should.

It was designed by Kenji Ishida and JS Robotics, and while it won’t win any awards for its looks, it wins two awards from me, one for the transforming, the other for including that adorable little pose at the end.