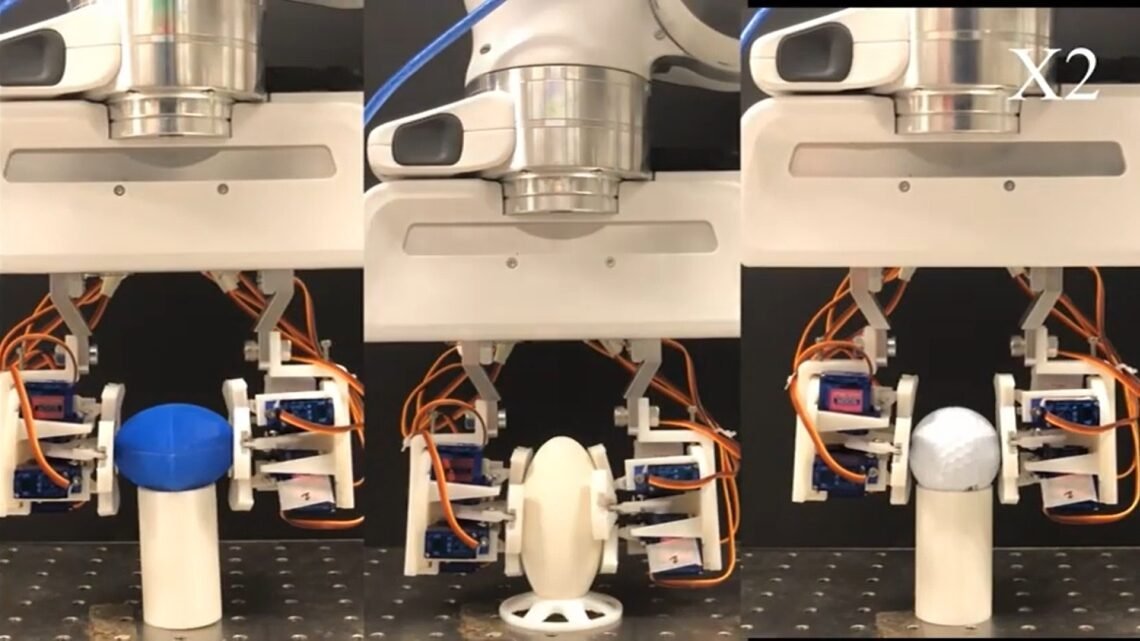 The art of origami has been taken to a whole other level thanks to the researchers from Hong Kong University.

Robots still have to compete with humans when it comes to somebody’s parts. The problem with most droid hands is that they are too stiff or slow for the fast adaptability needed to grasp things without having them slip from between their fingers. Because bots need to get a grip, a team of researchers from Hong Kong University has upgraded to a new shape-shifting robo-fingertip inspired by origami. What could pass for a paper flower can easily morph across three different modes so it can function much more like a human hand—and beyond.

“Robotic systems do not have to be constrained by human’s structure and capabilities, robot can surpass humans in various perspectives, also in the grasping genre,” said Zicheng Kan, who co-authored a study recently presented at the IEEE International Conference on Automation Science and Engineering (CASE). “In terms of stability, our fingertip can form a concave tip surface to provide a squeezing equilibrium that traps the object so as to secure a successful grasp.”

If origami can inspire satellites that get launched into space, it can really inspire anything.

Kan and his team leveled up a previous design into something Optimus Prime only wishes he had at his fingertips. Its skeleton is an original origami design that involves a central platform with a quad of facets. Each of these four facets, which look like petals, has its own servo motor (the same tech behind many movie animatronics) that lets them move around individually if they need to. There is a ball joint in the center that allows for maximum pivoting action, especially if it has to tilt when it rotates. The grasping poses are also easy to control.

The transforming fingertip moves to morph and morphs to move. It could eventually cancel out the need to change robotic parts on assembly lines when they need to perform different tasks. If all four petals move downwards at the same time, the platform in the middle moves upward and creates a convex surface that makes contact. Because this form is smaller, it is capable of precise grabbing and being manipulated to pivot any which way to make the grab. It can then tighten its grip to a pinch grab to make sure it has a secure hold whatever it is handling.

Another way this robo-gami can morph is with the petals facing upwards, creating a concave space that guides an object in its grasp with minimal energy. It fits over the entire object for a more secure hold. This works especially well for objects that previous iterations of robotic grippers have had trouble with, especially when it comes to picking up and holding onto something that has sharp edges or is longer than it is wide. It can tilt to minimize strain energy when it is putting an object back in place, but without letting go or loosening its grip.

When the team tested out the prototype by attaching two morphers onto a pair of parallel grippers, which are notoriously stiff on their own, to see if they could pull off several gripping demos.

“The robotic arm acts as a platform to localize the target object and position the parallel gripper,” Kan said. “The servo motors are connected to a controller board to switch the input signals manually and transit within various modes. A connector is also arranged for linking of the fingertip with existing parallel gripper.”

There are still a few aspects of the fingertip that could use further upgrades before it enters the commercial sphere (even Optimus needed an adjustment sometimes). Predictions made by models don’t always add up to how it really performs, which means that the design will need some tweaking before it matches up with the expectations set by those models. Kan and his team are also looking to make smaller versions that can more easily integrate with robots, and also to improve its sensing abilities.

Whoever makes the next Transformers movie might want to think about this!