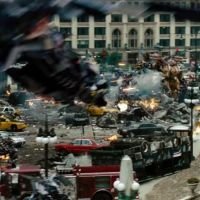 DOTM Among Top 10 Most ‘Torrented’ Movies

Being the biggest and most profitable will also mean it will be the most pirated and torrented. Torrentfreak has released this stats about what is the current ‘chart makers’ in the torrenting world.

We in TransMY does not condone torrenting movies especially DOTM. If you are a true fan of the franchise, go to your local store and grab the DVD and Bluray!

Among the top 10 most downloaded movies on BitTorrent, is ‘Transformers Dark of The Moon′ who tops the chart followed by ‘Arena’ and ‘Green Lantern’ which completes the top three. 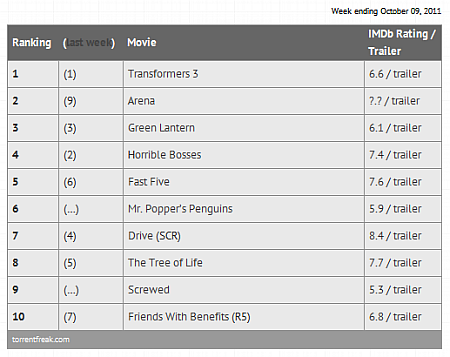 The data in the download chart is collected by TorrentFreak, and is for informational and educational reference only. All the movies in the list are BD/DVDrips unless stated otherwise.