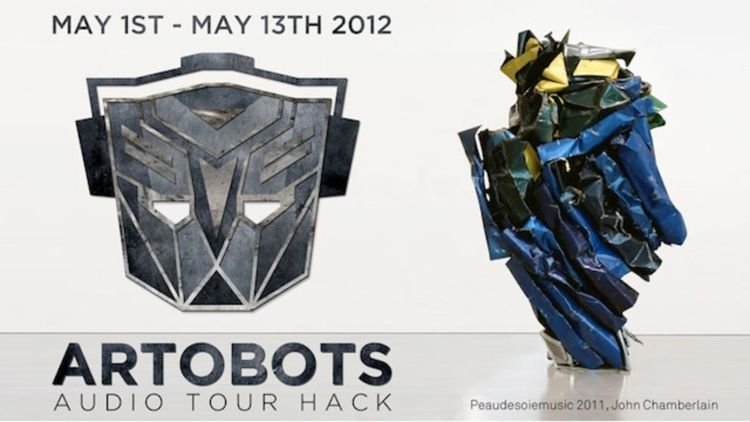 Art Gallery of Destroyed Transformers Is the Funnest Art Ever

On the surface, the Guggenheim Museum in New York is hosting an exhibit for John Chamberlain and his sculptures made from destroyed cars, steel and other wrought metals. Dig a little deeper and you can listen to an audio tour that’ll turn the art gallery into something even more awesome: a Decepticon exhibit that commemorates the defeat of the Autobots in the Transformers War of 2028. What?

Audio Tour Hack, who talked to Animal NY, is the group who cooked up the idea to mash up the John Chamberlain sculptures with the Transformers world. The way it works is that you download the Transformers ARTOBOT audio tour before you go to the Gugs and then listen to it while you’re there. The tour is synced up with each exhibit and even includes references to the museum’s numbers and symbols so you won’t get lost in the story. Animal says:

In the world of their tour, the year is 2038, and Guggenheim exhibit is in commemoration of the victory of the Decepticons over the evil Autobots in their “conquest for the Hudson.” Your guide for the “Artobots” tour is “Patricia Redgrave, senior professor at Harvard, and expert on the art of the Decepticon War.

Art with art makes art fun! Read the whole interview about the Audio Tour Hack and the Transformers exhibit, ARTOBOTS, at Animal.