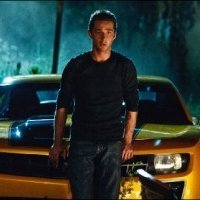 It already speculated that Michael Bay will be leaving the Transformers series after the next installment, and that a reboot is possible. Of course, that doesn’t mean Paramount will go that course, and it could decide on sticking to the continuity of Bay’s trilogy. Either way, the next Transformers film will be without Shia LaBeouf.

LaBeouf spoke with MTV, and revealed that Transformers 3 will be his last time as Sam Witwicky. “There’s no more for me, at least. I’m never going to do it again,” he said. You may be thinking this means that he hates working on the films, but the reason LaBeouf is leaving because the third will be soo good. “This is the best movie we’ve made, period, and that’s a unanimous decision by everybody,” he said.

That doesn’t mean the role could be re-cast or even bring in another human character from the many incarnations of Transformers series. There has always been a new human ally to the Autobots for every series created, and could bring in anyone of those characters. In the cartoon, the focus went from Sam Witwicky to Daniel, the son of Sam and Carly (Rosie Huntington-Whiteley), and could be an option for a future. It could also be set up as somewhat of a reboot set in the same continuity, but with new lead characters.