After almost a two-month stay in the city, filming for Transformers 3 wraps in Chicago this week. Whether you’re disappointed or all too glad to see the departure of the film’s cast, crew, special effects and road-closing reroutes, tourists and residents alike can agree the filming was quite a Chicago summer blockbuster event.

Mayor Richard Daley held a press conference Wednesday to praise what the filming has done for the city. Since 1989, more than 900 films and TV projects have contributed to more than $1.65 billion of revenue for Chicago.

“It’s a great economic impact for our city, and we appreciate all those that have been involved in Transformers. It gives an opportunity again to create jobs and a lot of contracts for those people, and it also gives an opportunity to showcase Chicago as a place to film,” Daley said.

Filming will continue Wednesday through Friday, Aug. 25 to 27 in the Loop near Wabash and Washington. The city says disruption to traffic will be minimal. 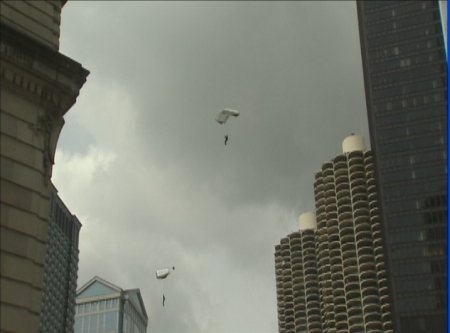 FOX Chicago News brings you a look back at the memorable photos and videos from Transformers 3’s six-week-plus stay in Chicago.

DATES: Filming began July 9 and was expected to run about nine weeks. The current release date for the Transformers sequel is set at July 1, 2011.

MONEY: Mayor Daley estimated the filming brought nearly $20 million into the local economy, offering around 200 jobs, including 10 paid internships for CPS students from the South and West Sides. Betsey Steinberg, managing director at the Illinois Film Commission put the number of jobs closer to 400, accounting for the hotels, car rental companies, hardware and grocery stores expected to see a rise in business due to filming.

According to www.rottentomatoes.com , the first Transformers film earned $319 million domestically in 2007 at the box office, with the 2009 sequel taking in $402.1 million.