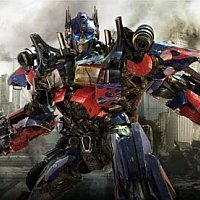 Paramount has beaten Warner Bros for the crown of the world’s most successful studio following a year in which franchises such as Transformers, Mission: Impossible and Paranormal Activity ruled the box office.

Warner had been the top studio for the past three years, but Paramount managed a worldwide total of $5.17bn (£3.32bn) in 2011 to take the No 1 spot. Its major films included Transformers: Dark of the Moon, which took $1.123bn worldwide, Kung Fu Panda 2 with $665.7m and Paranormal Activity 3 with $203m on a budget of just $5m. Warner, which released Harry Potter and the Deathly Hallows part 2 and The Hangover part 2 last year, was close behind with $4.67bn.

“This achievement reflects the combined efforts of our entire team across the globe and the careful process by which we select the projects and partners we believe in,” said Paramount Pictures chairman and CEO Brad Grey. “We produce pictures that aspire to entertain audiences around the world, while at the same time we have sought to find innovative ways to reach moviegoers in this changing entertainment environment.” The studio will release Brad Pitt zombie flick World War Z, Sacha Baron Cohen’s latest The Dictator, toy franchise sequel GI Joe: Retaliation and a fourth Paranormal Activity film in 2012.

Paramount’s apparently impressive feat must be seen in the context of its current role as distributor for smaller operations such as Dreamworks Animation, which produced Kung Fu Panda 2, and Marvel Studios, which released box office hits such as Thor and Captain America in 2011. The Dreamworks deal runs only until the end of next year, though Paramount has already launched its own animation studio in the wake of the success of homegrown Johnny Depp vehicle Rango in 2011. Marvel’s arrangement has already finished and the comic book studio’s films will be distributed by parent company Disney next year.

As previously reported, US box office revenues last year were down 3.4% from 2010, with attendance hitting a 16-year low, but improving returns from the rest of the world – including growth areas such as China – took up some of the strain.