The Transformers Age of Extinction World Premiere will be held on the 19th June 2014 in Hong Kong and prior to the event, preparations have been seen aggressive on the ground.

Surfaced in The Milk Facebook page is the statue of Optimus Prime, erected at the picturesque Tsim Sha Tsui waterfront to welcome the World Premiere. 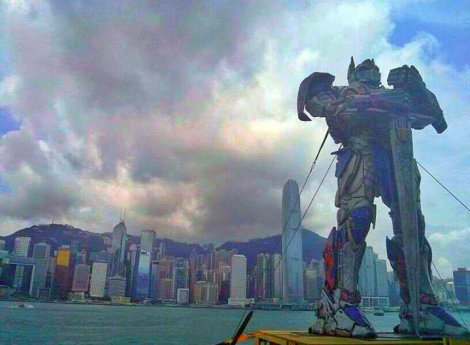 The statue standing around 6m tall, reached the compound of the Cultural Centre in Tsim Sha Tsui yesterday afternoon, and the statue is expected to garner a lot of attention from public and media alike.

Media was kept at bay from approaching Optimus Prime

At the back of the statue is where Wan Chai Convention Centre was located and this building will be obliterated in the movie as seen in numerous tv spots and trailers before this. The HongKong government have been ‘generous’ enough to offer what seem to be one of HongKong’s iconic building to be destroyed by Lockdown’s army. 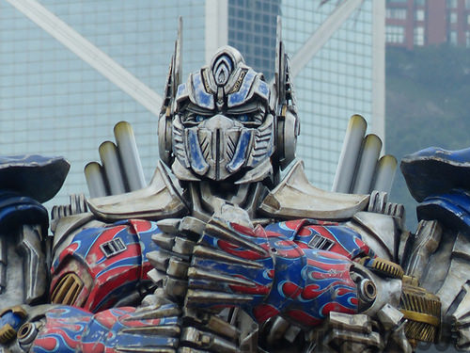 Optimus Prime: A facelift that does not change much.

Age of Extinction is the fourth film by Michael Bay’s global blockbuster franchise and tomorrow Grammy Award-winning Imagine Dragon, who responsible for viralling the movie’s ‘official’ anthem – Battle Cry will be performing live on the rooftop of Harbour City following the screening. The concert will start at 9.45pm local time.

With the World Premiere on it’s way, audience in the Stateside will get to enjoy the movie right after.