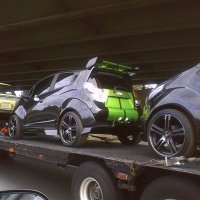 It seems like the Twins – Skids and Mudflap are here to stay. Michael Bay misinformation campaign has worked well for a few months but with updates of sightings about the Twins as early as May, this pics below will further strengthen the fact that they are actually making a come back.

Production has been a bit slow from Transformers 3 as production remains shut due to the Gabriella Cedillo’s on set injury. A recent update from her brother indicates that she does remain unconscious but is moving in her sleep so at least a hopeful sign of recovery.

Having said that, the show must go as Transformers’ Twins and the old Bumblebee Datsun where spotted being transported towards Detroit with pictures. Safe to assume that the rest of the vehicles are on their way there. However, there have been no announcements on exactly when filming resumes.

On a vaguely related note, TFW2005 has a new theory on Agent Simmons status in Transformers 3. They have put forth the theory that Simmons has become rich by writing books (one assumes based on his Sector 7 experiences). The idea seems to be based on the back alley video with John Turturro where he is dressed in a suit near a white vehicle identified as a Maybach 625 Landaulet which can cost in the neighborhood of $1.3 million.

This is further supported by three videos from the Chicago Navy Pier that shows off the car with John Turturro and other Autobots including the (recently recalled) Ferrari 458 Italia. No date on when filmed but assume sometime last month before the accident. I would be scare to death of driving a car that expensive. 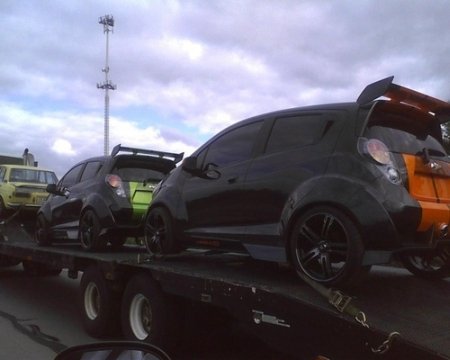 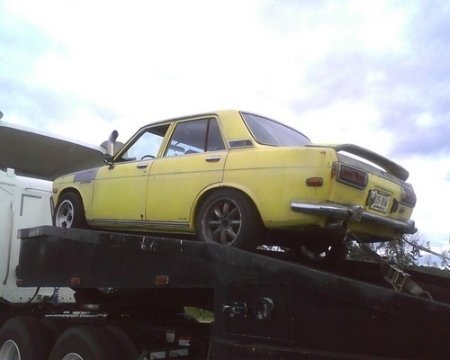 Datsun BB? Not this one please!

The cost of repairing a dent would probably pay for someone’s entire college education. Not sure what a rich Agent Simmons would mean for the TF3 story but anything involving his character is probably going to be mined for humor.