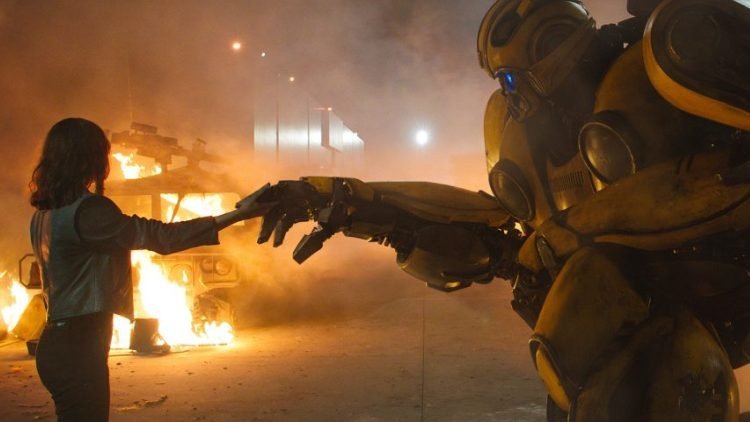 When was the last time I actually enjoyed a Transformers movie?

The first one in 2007 was probably the one I liked the most personally, because of the novelty of seeing Optimus Prime, Bumblebee and gang on screen. The subsequent four, yes, FOUR sequels, however, were one mind-numbing slog after another, no thanks to Michael Bay’s fondness for blowing things up over actually telling a proper story.

Even before the unmitigated disaster of last year’s The Last Knight, I was already ready to write off the entire franchise altogether. So, when they announced that there would be a prequel that stars Bumblebee, I was apprehensive.

Then I grew a bit more hopeful when I heard that Michael Bay would not be helming the movie, replaced by Travis Knight, who made the brilliant Kubo And the Two Strings stop-motion animated feature in 2016. Could this finally be the Transformers movie we have all been waiting for?

The answer is a resounding yes. It’s taken them six movies, but finally, we have a Transformers flick that feels like a proper movie instead of a long feature-length toy commercial.

Set in 1987, years before the events of the first Transformers film, the movie revolves around 18-year-old Charlie (Hailee Steinfeld), who is struggling to get over the grief of losing her father. She then discovers an old yellow Volkswagen Beetle in a junkyard and brings it home to work on it, only to find it transforms into a robot. So far, so Shia Lebeouf, right?

However, Knight gives the story a nice twist by having Bumblebee, or rather, B-127 as he is known to the Autobots, lose voice AND his memory cells in a scuffle with a Decepticon named Blitzwing early in the movie, which sets up an unexpectedly heartwarming story about Charlie and Bumblebee forming a bond.

Of course, you can’t have a Transformers movie without some Autobot on Decepticon smackdowns, and this time around, the main threat is a pair of Triple-Changers – Shatter (voice by Angela Bassett, no less) and Dropkick (Justin Theroux), who trick Sector 7 (the alien-hunting government organisation first introduced in the first Transformers) into helping them hunt down Bumblebee.

Leading Sector 7 is Agent John Burns (John Cena), who has a vendetta against Transformers as well, having been caught in the crossfire of Bumblebee and Blitzwing’s fight years ago.

One of the first things you notice about Knight’s film is that he has ditched Bay’s modern Transformers designs for a more traditional look by returning to the Generation One (fondly known as G1 amongst fans) versions of the robots. With iconic characters such as Prime, Wheeljack, Cliffjumper, Arcee, Soundwave, and Shockwave all making an appearance in their G1 forms, it’s a move that should do wonders in restoring hardcore fans’ faith in the franchise.

After the overindulgent metal-porn Bayhem of the previous films, it’s also nice to see things slow down to focus on the characters more. We learn more about Bumblebee in this movie than the previous five combined, and it’s nice to see him in his original Volkswagen Beetle mode this time around.

His relationship with Charlie is the main cog in the machine – Steinfeld gives a strong, convincing performance as the still-grieving Charlie, and the way she bonds with Bumblebee is both endearing and believable, unlike Lebeouf’s ham-fisted histrionics all those years ago.

As for the rest of the characters, Cena seems to channel The Karate Kid‘s Cobra Kai instructor John Kreese as Agent Burns, chewing the scenery with machine guns in hand; while the other humans, including Charlie’s over-bearing family and next door neighbour Memo (Jorge Lendeborg Jr) are at least not as annoying as the ones in the Bay films (which is quite the relief, to be honest).

The 1987 setting also does wonders in slowing the pace of the movie down. No instant smartphone solutions, no Internet, no social media to speed up communications… the analogue pace of the movie is a nice contrast to the state-of-the-art CG-wizardry on display. Heck, the Decepticons even have to connect to the telephone lines manually just to find their target. It’s an era that seems to suit the Transformers down to a T, especially considering the fact that they were created in that decade in the first place.

Even when the metal fists start flying and the explosions kick in, there’s still a certain clarity to the battles, which is another departure from the fast cuts and incomprehensible action of the Bay films. Yes, this also means that the action isn’t as relentless as its predecessors, but hey, at least you can actually tell who is fighting who in this movie.

At the heart of it all, however, Bumblebee works best because there is a much greater focus on developing the little yellow Autobot as a character of his own right, rather than just another mechanical pawn in the Autobot-Decepticon conflict. For once, this is a Transformers movie that doesn’t give the impression that it was made just to sell more toys, and that makes it arguably the best Transformers movie in the entire franchise. Michael Bay may have brought the Transformers to life, but Knight has made a movie that actually makes them seem alive.

TransMY Exhibiting in “A Bumblebee Christmas” in Atria