The packaging features black and white art of the characters on matte black boxes, more alike to the recently released Music Label Soundwave and Frenzy Rumble, than anything previously seen in the Classics/Universe line. 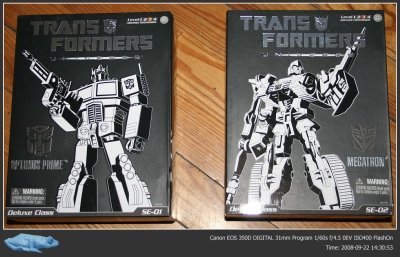 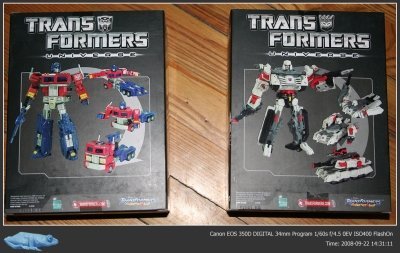 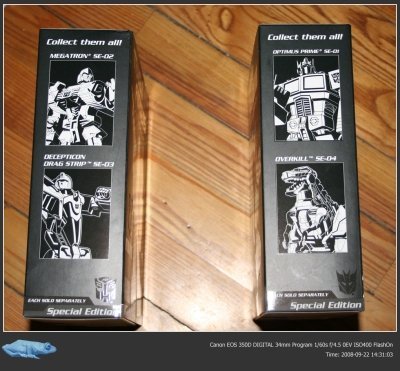