TakaraTomy explains Alternity at Tokyo Toy Show 2008 that it is going to be a different series from Binaltech where the size is 1/32 scale so it can easily fit on any desktop. The size is slightly larger than deluxe size figures.

The pricing scheme was based on today's cost of the various materials used and there are two colors of the car because the silver was used to represent a real NISSAN GT-R color that is only available now and the red was chosen specifically because it is a Convoy. 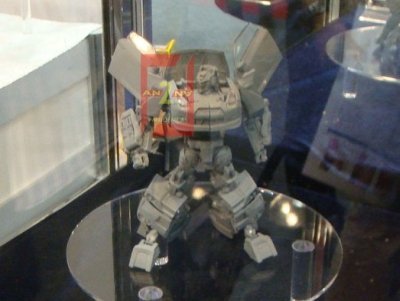 Because the license is heavily under the supervision of NISSAN, we would like sales schedule to start in November but it may be delayed to the end of the year. The design of the head is going to be similar to Nike and Fire Convoy.