In conjunction with SDCC, Hasbro has taken the initiative to show off Optimus Prime this time. As highlighted in the news few months back, Bumblebee has been revealed.

Hasbro is currently assembling a giant statue of Optimus Prime from Transformers: Prime to be on display during the San Diego Comic-Con event.

The snapshot below was obtained from Seibertron member, Soundwarp who managed to take a close look and shoot a pic of the enormous statue while it is still being erected.

Seems like Transformers Prime characters will be a fusion from previous characters. We hope it will be a good one! 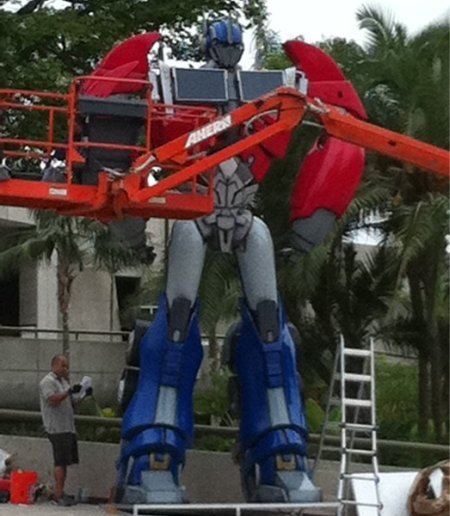