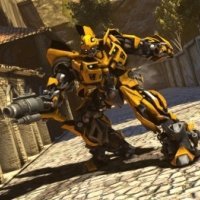 Transformers Dark of The Moon Game, Interview with Sean Miller

After the success of last year’s epic – Transformers War For Cybertron, High Moon Studios is gearing up again for the next Transformers fever channeled through the third in Michael Bay’s trilogy – Dark Of The Moon (sounds almost like the studio name itself!) 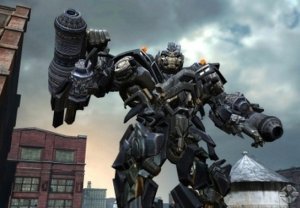 High Moon team is very much focused to the official tie-in title for movie Dark of the Moon, with an original story leading up to the events of the film. Here is the interview obtained by DS while chatting up with game director Sean Miller to discuss about their next campaign.

The game fits into the canon of both the original Hasbro toy series and the Paramount movies. Was it it difficult arranging a prologue story between two parties?

“It was a little tricky but they were great to work with. They were actually very receptive to the creative ideas. We’ve been working with Transformers for a while, so we’ve done a lot of background with the lore, we know the characters, we know the Hasbro history with those characters. They allowed us to bring a lot of that into the story. We had took a look at what was going on in the firm, and we came up with things that fitted into the Hasbro cannon of the Transformers universe, and Paramount made sure it fits in with what they’re doing, but doesn’t spoil anything. If you play the game, it doesn’t spoil anything in the movie, it gives you a background, a little of what goes in-between, and as a studio that’s something we really like to do. I was actually really happy with the level of interaction they gave us and creative freedom, to be honest.”

How does working on this movie tie-in compare to the mostly original War for Cybertron?

“What we did, we relied on what we know about the Transformers universe. Essentially, just as we’ve done with previous Transformers products, we look at the history, the back story, and we dig into what the fans are really enjoying. This just gave us another offshoot of fans that we wanted to take a look at. What was interesting about it, I’m a fan of Transformers, I actually like all of the universe, I like a little bit of everything, so it was unique opportunity to take look at what fans of the movies – they’re not necessary direct crossovers to some of the fans of the original content, by that I mean the older content – so to bridge that gap, we relied on bringing elements of the lore that we know and love to help us understand what’s going on in the films. But then we’ve got this backdrop of a tremendous amount of previous stuff that goes on in the films, and I’ve been watching all those movies, and it was about finding things that grow those characters and give you a little more background.”

The campaign features a interesting structure where each level focuses on a different character. What does that allow you to do in terms of the story and how you play the game?

“What it allows us to do is create the missions and the objectives all about the things that make each of the characters unique. So using the same core gameplay mechanics we literally get very different experience with each character. So if a character is about blowing stuff up, we can make sure that those objectives are towards that. The story that we develop, essentially the idea was to craft the most accurate portrayal as possible within that story of the level. If we had gone with multiple characters, we would have had to genericise some of the things we had to do. Instead, we can give you something that’s fun because you’re that character. When you’re Ironhide, we’re introducing some of the new weapons that he’s going to be using in the film. It’s interesting because you can pull this giant weapon off your back that’s as big as a whole motorcycle and mowing folk down, and that’s something you get to do as him and not as anyone else.”

How does the new Stealth Force gameplay – where players transform into a vehicle and fire weapons – change the way you approached designing levels?

“It actually opened up the possibilities in the kinds of encounters that we could have. So being able to move in stealth force in the same way that we could move as a robot, it opens up this ability to basically have moving cover, so you might want to use your vehicle form, because when you’re in the vehicle form, you’re covered more in your armour so the idea is that you have more protection. So in an area where you have lots of cover you might want to be a robot, when you have more open areas where there’s not a lot of cover, if you go into your vehicle form you’ll be more protected. You’ve got a lower profile so you’ve got to hide behind different types of things. But as a player, you now have just as a compelling reason to be a vehicle as you do a robot. You don’t have to say, ‘Well, I don’t want to be a car because as a car I can’t shoot’, or ‘In a car I can’t move properly, I don’t want to get stuck’ – you’ll never get stuck this way, you’ll always be able to get in and out because it’s just a button press, it’s very seamless as you’re going through, and it almost becomes second nature after the first level.”

You can’t talk much about multiplayer at this stage, but have you learned from War for Cybertron?

“I can’t really talk about the multiplayer too much, because we have some announcements coming up and I don’t want to spoil anything there, but we definitely looked at the experience that we had there and what the players there were doing, and we focused our development to work in those areas that we know players were having a good time and enjoying, but I can’t talk any more about that.”

Licensed games in the past have had this stigma for being poor products, but in recent years they’ve become better received by critics and players. Why do you think they’re improving in quality?

“I think that finding studios that having a passion for the licence is an important thing. Like our studio is filled with Transformers fans. I can’t speak to other licensed products, I just know what has helped us with this particular licence, which is that we love the back story and we love all those characters. So when we treat it, we treat it and we’re making the game that we would want to play about our characters. I think that’s an important element, because in a creative field like this, when you can marry someone’s creativity with something they have a passion for, you’re always going to get something that’s better than it ever could have been.”

Transformers: Dark of the Moon will be available on Xbox 360, PlayStation 3, PC, Wii, DS and 3DS from June 14 in North America and June 24 in Europe.