On a world known as Cybertron, a ruthless and cruel tyrant prepares his army for an all out attack on a planet rich in resources. Their Destination: Earth! Only a small band of rebels stand between this evil warlord and his plans for universal conquest. If these brave soldiers are unable to stop the attack then there will be nothing to prevent the Universe from falling victim to the maniacal Optimus Prime and his legion of Autobots!

This Fall, the Mirror Universe comes to Transformers, as the battle lines will be drawn and a new champion will emerge. A young and noble Decepticon known as Megatron will stand up and fight for freedom, the freedom that is the right of all Transformers! Along with his fellow Decepticons, they will fight to the very last to stop the spread of Optimus Prime's tyranny!

Featuring all new Bonus profile art by Makoto Ono and Alex Milne, exclusive Diamond Cover by Don Figueroa as well as additional content only available in this special Diamond edition. 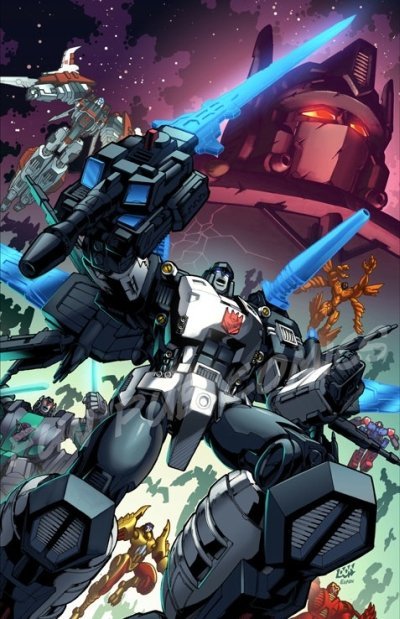 Timelines Issue 3 is up for solicitation in the current September Issue of Previews. The book will be available November 2008 so be sure to request your copy of Timelines at a comic shop near you!