You’ll notice the head looks exactly like the one pictured on the teaser poster. Also featured down for the images is the toy's instructions – which confirm it to be "The Fallen" and showcase the figure's vehicle mode as well.

The Fallen transforms into a Cybertronian spaceship mode. He is most likely a Deluxe or Voyager Class figure, given the size of the screw holes and the missile launcher on his right arm, seen more clearly in the those images.

If you’ve been following along, you know that the villains of Transformers: Revenge of the Fallen won’t actually be the Decepticons this time around, though they will be in some way involved.

The title tells you all you need to know, the new bad guys are a group of robots called “The Fallen.” Till now, we’ve seen nothing of these mysterious, Fallen characters.

Below are pics of one of the Fallen robots. The transformation instructions on the back of the box make it look like this particular Fallen transformers into yet another one of those boring, spikey, alien jets which Michael Bay seems so obsessed with. 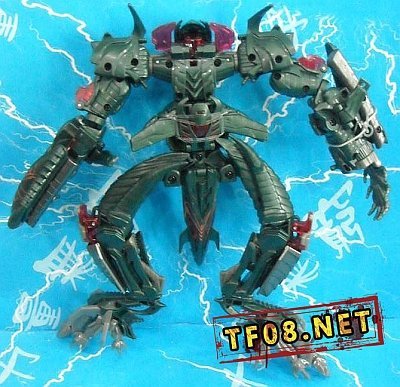 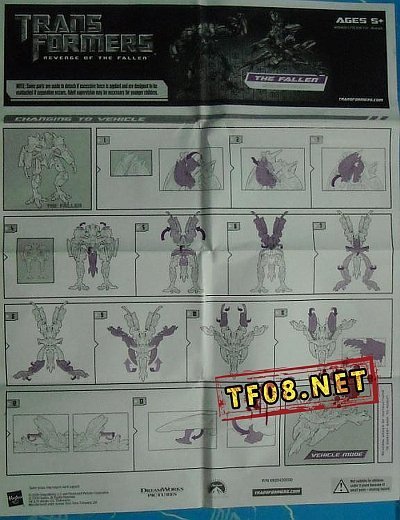 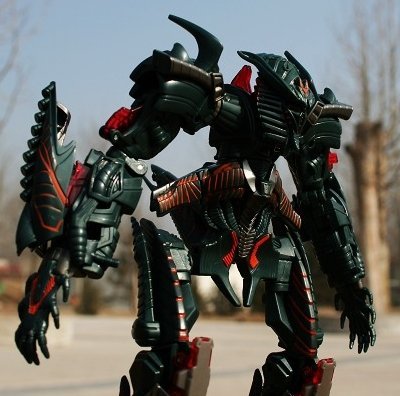 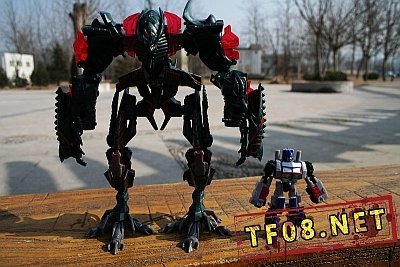