Michael Bay released on his official forums that Transformers: Revenge of the Fallen will be a bigger summer smash then its robot nemesis Terminator: Salvation. The following is the post he made.

“Okay it’s time to turn up the heat on Transformers – Revenge of the Fallen. We’ve waited low in the weeds letting all the summer movies get their stuff out. We’ve seen the great year end movies, and watched the upcoming clips of the upcoming summer fare. We’ve seen certain movies coming out even try to duplicate Transformer size robots in their ads. Please, come on.

Well, I promise you we will rock your world with Transformers 2. The fans wanted ROBOTS KICKING ASS – well we got it. Today we are releasing the teaser poster and soon the onslaught will continue with a steady drum beat until June 26th.

Here is a quick look at both of the films: 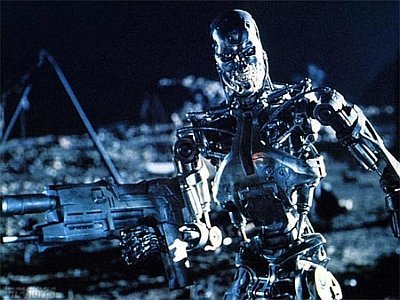 The highly anticipated blockbuster, Terminator: Salvation, is nearly here. After a long 25 years of Terminator films and TV shows the next installment is almost here. After Skynet has destroyed much of humanity in a nuclear holocaust, a group of survivors ban together to fight for the survival of humanity.

A future where John Connor was raised to believe is altered by a new character named Marcus Wright. Whether he is from the past or present is unknown to Connor, and in an attempt to save humanity, he must journey into the heart of Skynet where he discovers the secrets behind Skynet’s schemes.

From what I’ve seen so far, the film seems to be casted very well. The movie has such cast members as Christian Bale, Sam Worthington and Common. Christian Bale is the ultimate rockstar of action packed sagas. His lead role in the Batman series has shot his career to new heights giving him much respect in the acting world. 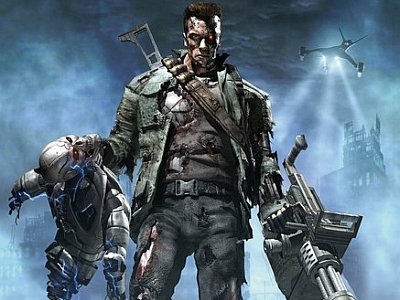 Sam Worthington is an upcoming star who has a short list of some highly anticipated films. Finally, first known for his musical talents, Common has made appearances in some of Hollywood’s most brutal films. Films such as Street Kings and American Gangster have made him a highly recognizable character in many contemporary films.

The next contender for the Summer box office smash is Terminator: Revenge of the Fallen. The first Terminator is one of the most intense action packed films ever created. Since its producer is Michael Bay, you are guaranteed a film that will make your hair stand up. The battle for the universe has just begun.

Starscream returns to Cybertron in order to gather a force to fight against Earth once again. At the sametime, the Autobots find out that Megatron’s body has been stolen and revived from the US Military. In order to combat these new challenges, the Autobots bring reinforcements of their own, but they quickly find out that it may not be enough to fight off Megatron once again.

Once again Shia LaBeouf, Megan Fox, Josh Duhamel and Tyrese Gibson will be making a reappearance. Shia LaBeouf has grown from a boy to actor almost overnight. He’s been in some high end Hollywood films in the past year.

His role in Eagle Eye and Indiana Jones and the Kingdom of the Crystal Skull have given him a bit of an action packed edge. Megan Fox gained much fame with her stunning looks and her role in the first Transformers film.

Similarly, Josh Duhamel has gained popularity for his appearance in the TV show Las Vegas, and his role in the first film gave him a bit of an edge. Finally, Tyrese Gibson’s muscle man appearance and action list of films has made him out to be perfect for the supporting military role.

Undoubtedly, both films will be a smash, but when compared, Terminator has the slight edge. The Terminator series has a stronger emphasis on its story and characters whereas Transformers have been known for its scenes and action sequences. Terminator’s casting choices are more renown for their acting abilities.

Whereas Transformer’s cast are well known for their good looks. Although, Michael Bay is doing a much better job about building up the anticipation by releasing only limited details. Whether either one is better than the other only time will tell.

Which film do you think will be the heavy hitter for this summer? Terminator: Salvation hits theaters May 22, 2009 and Transformers: Revenge of the Fallen arrives June 26, 2009.