Earlier pictures of banged-up Chinese vehicle and cop cars in earlier post make sense now. From the damage seen it is obvious that this scene involve alot of Transformers characters.

Possible interpretation of everything is it seems like the Autobots while cruising along the highway was sabotaged by the Decepticons.

The Decepticon assailant can be a land vehicle or perhaps, some of their air force striking from above. More cussing again…“That was awesome.” 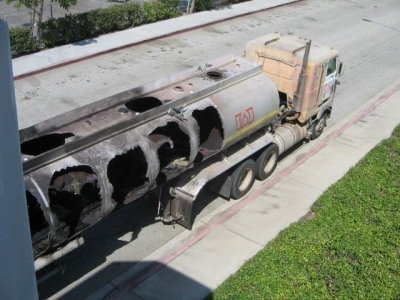 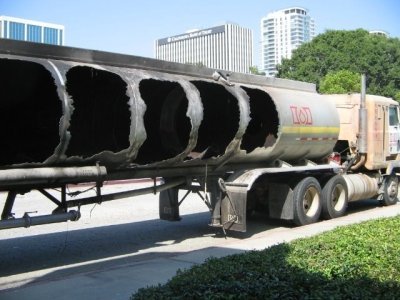 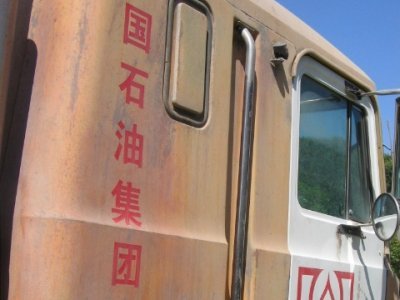 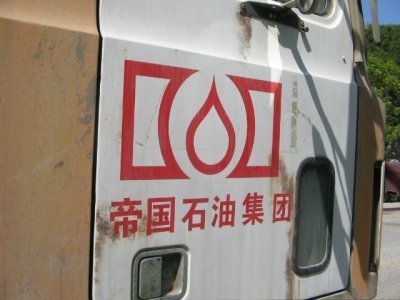 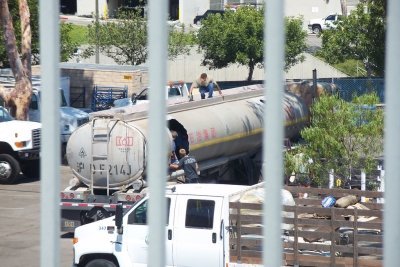 Thanks for the heads up Robert. TLAMB also have some close up shots of the Tanker after its big scene.
{youtube}LwkW5Ud–08{/youtube}

Here are some more videos from the night. The first shows a practice run before the big explosion. The second comes from Gettodeath and is more of the Autobot parade. The last one is a low quality phone video of the bots being overtaken by a honking Chevy Volt.