"I have a buddy who is a manager at a theater, and just like last year when he hooked me up with a TF Movie shirt early – he gave me a brand new REVENGE OF THE FALLEN shirt today," he writes.

For fans wondering when the marketing for next summer's Transformers: Revenge of the Fallen (which has recently wrapped filming aboard the USS John C Stennis) will begin, we may have our first indicator. Hunter Rose of TFormers.com has let us know that some "Revenge of the Fallen" t-shirts were handed out to theatre employees. 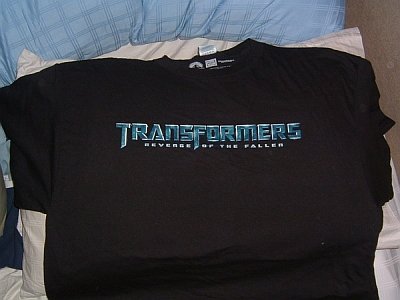 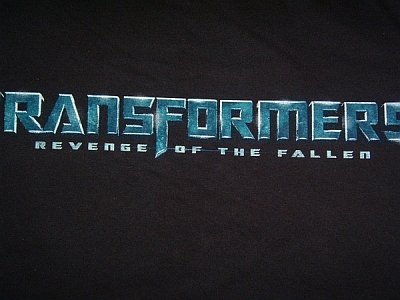 The film is set to be released on June 26th 2009. Very little, if anything, about the film has been revealed officially. No teaser poster, no trailer – but we may start seeing more. Could this signal some truth to the rumor that the trailer is coming out sometime this month to coincide with the "massive" marketing push?