So if you want to see pictures of the toy continue reading below, but beware, if you were avoiding knowing about the movie, you will probably get some spoiler out of this.

TF08 has posted a gallery of what may be one-third of the Transformers: Revenge of the Fallen Arcee figure.

There have been persistent rumors that the female Transformer will make an appearance in the sequel after being discarded from the original Transformers cast.

While we cannot confirm that the figure is Arcee, the figure is definitely an Autobot. The figure also sports mysterious designs right below the rider display, side panels, and back panels of the motorcycle.

The images also reveal a head mold of the figure, which doesn't look much like the Transformers toyline-only Arcee figure. 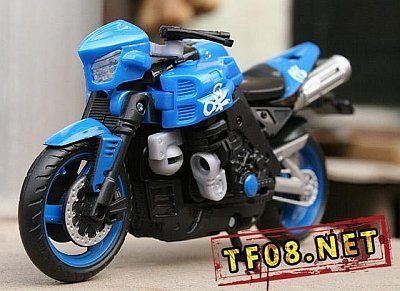 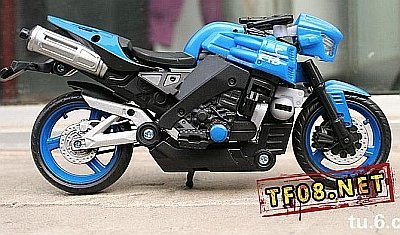 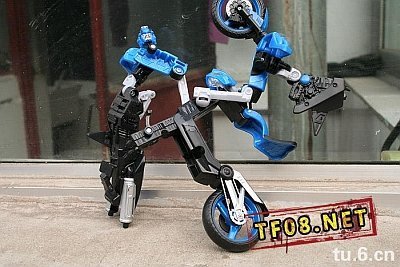 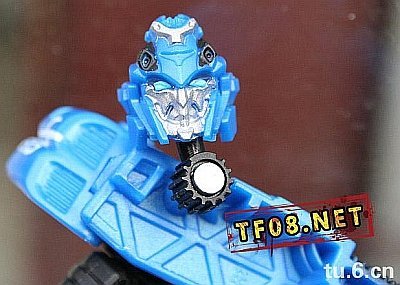 Lastly, while it may be purely coincidence, the figure sports a blue color-scheme. This is consistent with one of the color's we have seen of the three identically-designed motorcycles in the video provided by Wal-Mart.