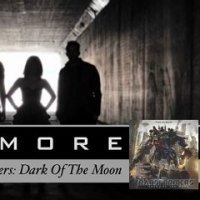 If you are a fan of rock music and Transformers, make sure to have mob your local music store for some good robot rockin’. The soundtrack contains 11 track and it seems like the soundtrack producers have made use of the rock resources around them to stuff them in this one wholesome rockin’ soundtrack.

If you all don’t know, Transformers: Dark Of The Moon makes extensive use of music from a slew of rock and roll bands in its sequences. The most noticeable of this is (of course) the Linkin Park’s track Iridescent, which played prominently in a dramatic part of the movie where Sam Witwicky (Shia LeBeaouf) contemplates a future without Optimus Prime, Bumblebee and the rest of the Autobots.

But other than that sappy sequence, this soundtrack mostly comprises hard-hitting tracks from acts such as Paramore (Monster) and My Chemical Romance (the spastic but melodic The Only Hope for Me Is You); and “old hand” bands like Staind and Goo Goo Dolls—with the former churning out industrial grade heaviness in “Bottom,” and the latter in their trademark melodic, sing-along rock in All That You Are.

The selection also showcases acts like the New York based emo-alt rockers Taking Back Sunday on the tasty and anthemic, Faith (When I Let You Down), Art Of Dying (sounding like Bush) on Get Thru This, Theory Of A Deadman (sounding like Nickelback) on “Head Above Water,” and the Black Veil Brides on their speed metal shredding turn, “Set The World On Fire.”

Saving the best for last is a track from blues rockers Mastodon titled Just Got Paid, which fits the movies mélange of sleek cars, battling robots and hot bod Rosie Huntington-Whiteley to a T. The track will keep you pumpin for DOTM madness for weeks to come.