The shots not only show off some serious pyrotechnics in play, but we're also treated to a tiny glimpse of an Audi R8 cast as something in the movie. The new Audi R8 and what looks like the rumored Chevy Stingray.

Military trucks and the ice cream truck are also on-hand and it all ends with a tasty explosion amongst some barrels – cue CG. We're assuming it's a bad guy, considering there's no GM badge plastered on the quarter panel. Also lurking in the murky shots is the Corvette-like concept, a couple of Hummers, and a semi truck too dark to positively ID as Prime himself.

You want to know what amazes us the most? For some reason Transformers 2 fan-boys go to the set to ogle the goings-on and yet they only bring the crappiest cell-phone cameras. Seriously, do none of you guys even have a point-and-shoot? 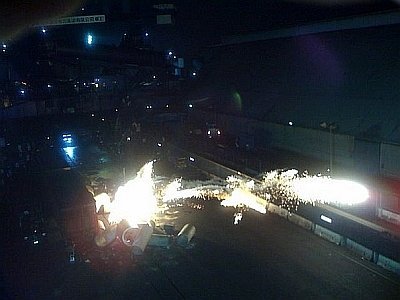 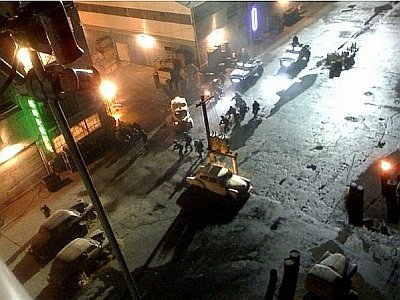 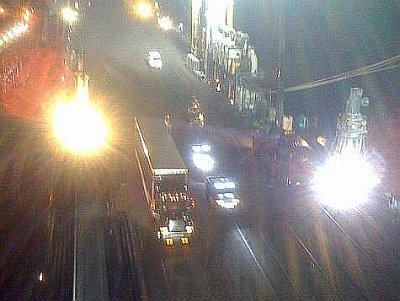 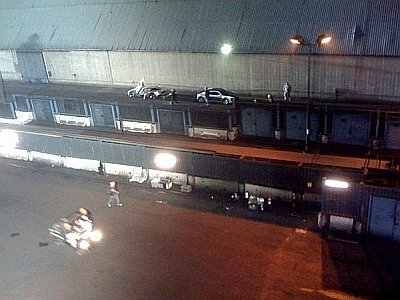