In fact, Michael Bay himself will be on the scene at the LG booth in CTIA at 2 p.m. PDT Thursday to promote the phone and the movie, titled "Transformers: Revenge of the Fallen."

It's fitting that they chose to make the LG Versa their promotional phone, as the touch-screen handset is quite transformative as well, what with the option of adding modules to increase its functionality.

For example, it comes with a QWERTY keyboard for texting, and there are currently plans to release additional modules like a gamepad for playing games, external speakers, and more.

The Transformers version of the phone is the same as the Versa, but it just has a new Transformers image on the back, and will have custom movie-related graphics as well.

No word on pricing, but we expect it'll be the same as the Versa, which is around $200 with a two-year contract from Verizon Wireless. We'll update this post with pictures of the phone once we have it. 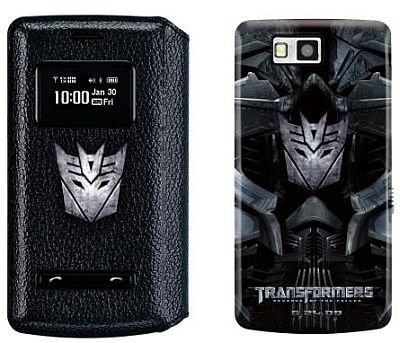