At first, Michael Bay was skeptical about embracing 3-D. What made him changed his mind is after being approached early on by both Jeffrey Katzenberg and James Cameron, they both urged him to jump on the 3-D bandwagon. But he had concerns about the limitations of the cameras, their weight and whether they could ever fit his fast-moving film style. 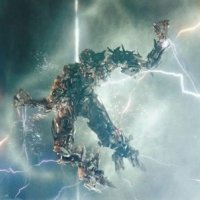 ‘Miraculously’, he changed his tune though when Paramount requested he film the latest Transformer movie in 3-D. Speaking at a recent panel for The Hollywood Reporter, Bay said he was ultimately convinced to tackle the new technology thanks to further conversations with Cameron. Transformers: Dark of the Moon, hits theaters June 29th and it’s expected to be one of two films to beat this summer (the other is the final installment of the Harry Potter franchise). Exhibitor Relations expects the film could top $100 million opening weekend.

At the Hollywood Reporter forum, (for a transcript click here) Bay said that the 3-D added $30 million to the film’s budget which is reported to be $195 million. The question is: Will the 3-D improve the film’s fortunes at the box office?

It’s been a tough season so far for 3-D in the U.S. BTIG analyst Richard Greenfield recently pointed out that despite the fact that there are more 3-D screens than ever (8,500 up from 4,000 a year ago), 3-D revenue isn’t holding up.

Last year’s How to Train Your Dragon and Shrek Forever After each earned half as much on 2-D screens as they did on 3-D screens.

But this summer so far 2-D revenue in the U.S. has exceeded 3-D revenue for both Thor and Pirates of the Caribbean: On Stranger Tides. (For Greenfield’s full report click here. Subscription required.)

Greenfield suggests the problem is a combination of high prices, the novelty of the technology wearing off and 3-D eye fatigue which keeps people from coming back to see movies two or three times.

But he also points out that 3-D is still big overseas which helped push Pirates to the best global opening of all time. This summer international is increasingly important to the studios.

Transformers could prove an exception to the rule here. The film’s 3-D effects have been getting great buzz which might compel people to see it specifically for the 3-D. Even Cameron was crowing about the effects at the Hollywood Reporter forum saying :

It’s pretty cool stuff. I just saw the whole picture. I like the depth. I like the fact that you’re using the 3-D aggressively and really embracing it. Like you ever do anything that’s not aggressive.

That kind of endorsement from the maker of Avatar will go a lot way to encouraging fanboys to see it in 3-D. That could easily cause a trickle down effect to the rest of us.

Transformers 3 Dark Of The Moon – Official Clip 4: Everything