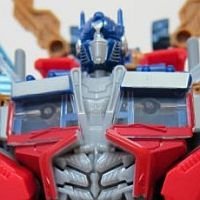 Inspired by our own pictorial review initiates and pioneers like gema, Bearmafia, Administratus Prime and Prime85, i’ve decided to do a Transformers pictorial review on my own. Nothing new, nothing fresh but certainly big enough to be a starter for me. Presenting, the DOTM Ultimate Optimus Prime! 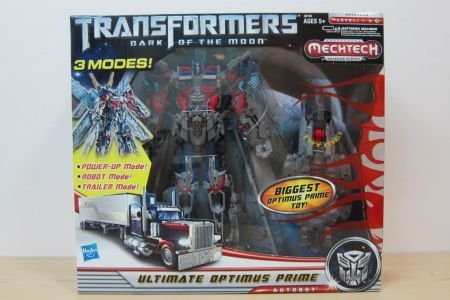 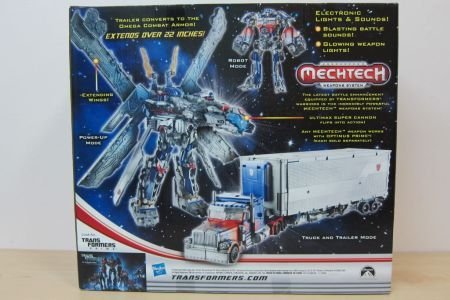 The Ultimate Optimus Prime’s packaging is packed with various shots of the product within, toy gimmicks’ explanations and a beautiful flame decal on the left hand side. At the left bottom corner of the back, it introduces the new Transformers series – Prime.

Well, it is Optimus Prime, the Peterbilt truck as seen in the live action movie. It is Ultra class, sized between Voyager and Leader class. By judging its truck appearance, it disappointed me slightly. The overall increased width of truck, shortened smokestacks and unpainted rims are my nitpicks. But still, it screams Optimus Prime. 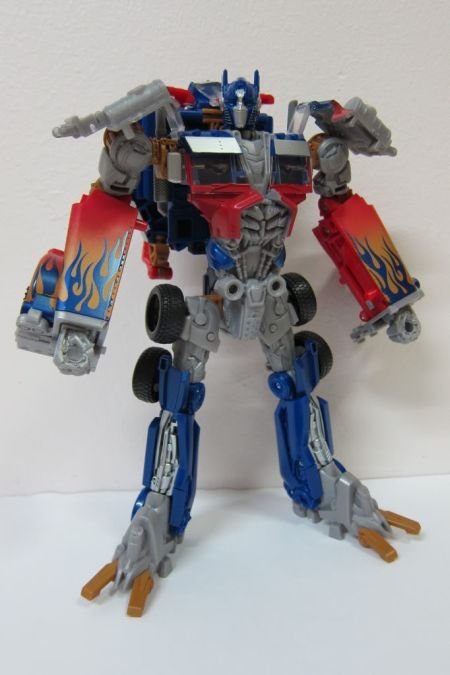 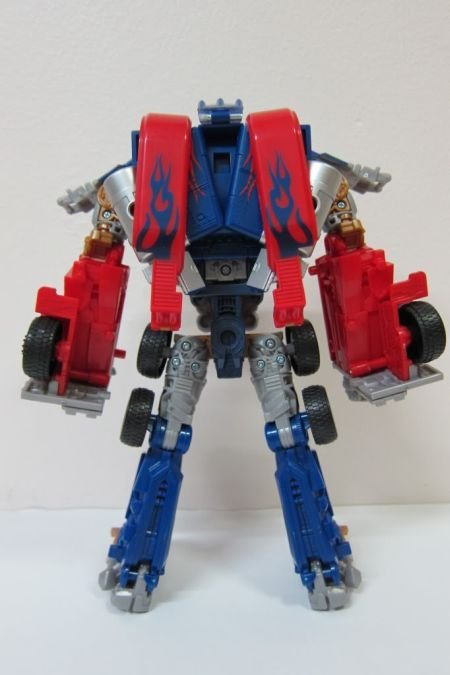 Back view of the robot mode 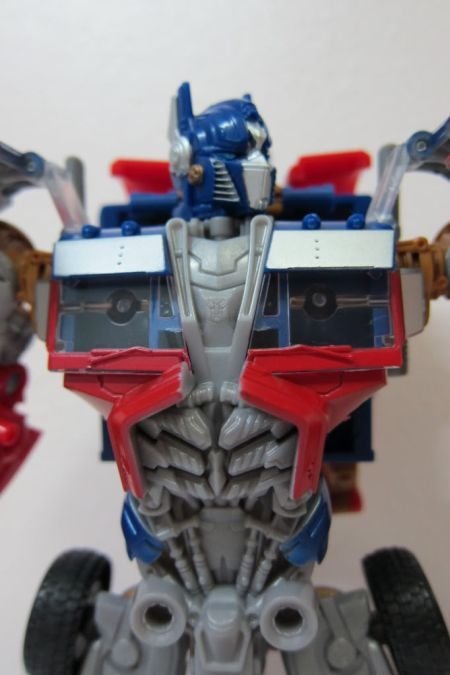 Close up of Optimus's facial.

I begin on the alternate mode. 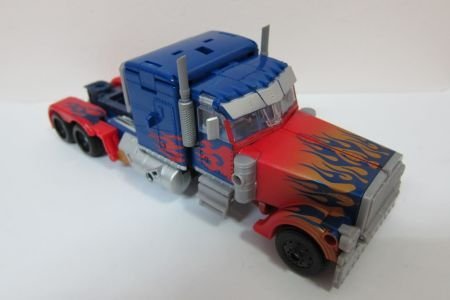 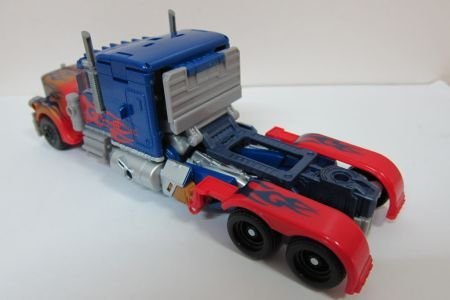 Back view of the cab 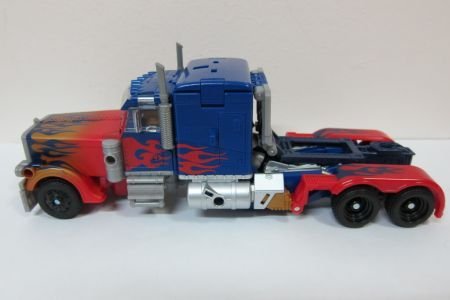 Side view of the cab 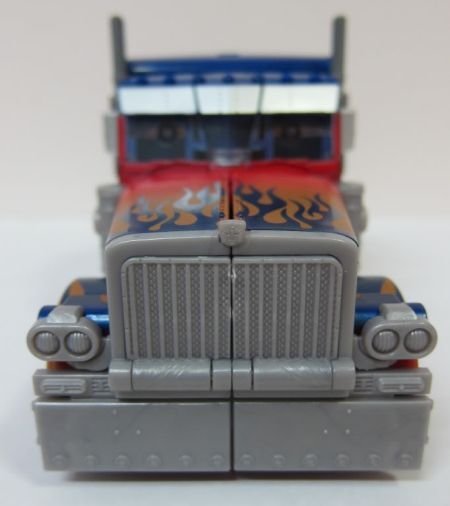 Front view close up of the cab

Well, it is Optimus Prime, the Peterbilt truck as seen in the live action movie. It is Ultra class, sized between Voyager and Leader class. By judging its truck appearance, it disappointed me slightly. The overall increased width of truck, shortened smokestacks and unpainted rims are my nitpicks. But still, it screams Optimus Prime. 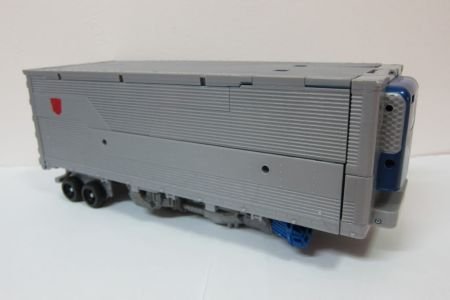 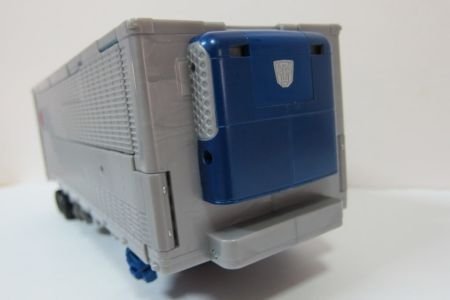 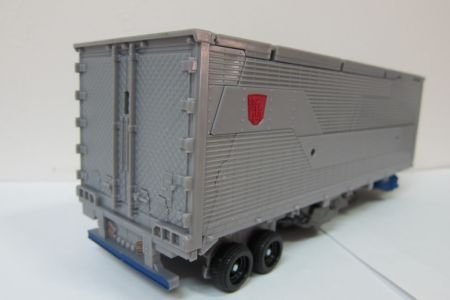 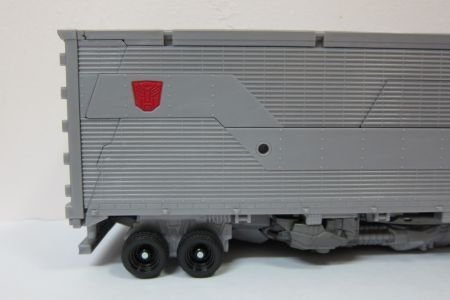 Definitely the core item in the package. The trailer made up of 70% mass of this package. It greatly resembles the trailer as seen in Dark Of The Moon except it was fully chromed in the movie. The largest Mech Tech weapon – Ultimax Super Cannon is being stored underneath. 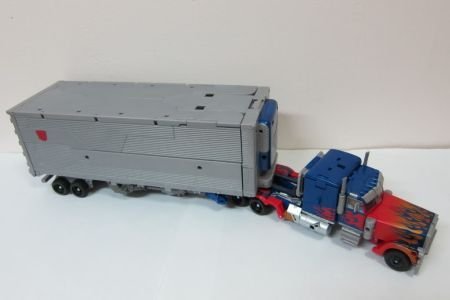 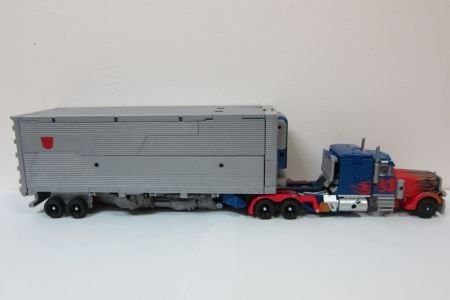 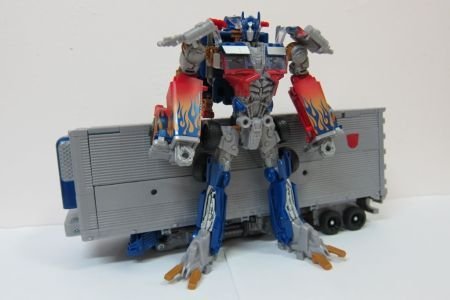 Yeah, it is Dark Of The Moon ! 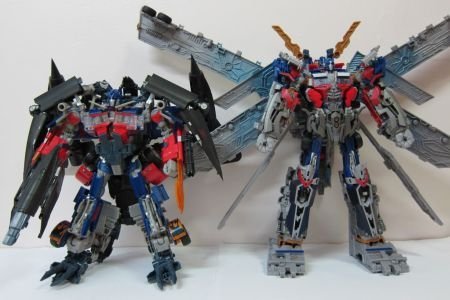 Look at his sculpted details, not much Transformers have them.

Not to expect more on this aspect. It serves to display rather than posing. 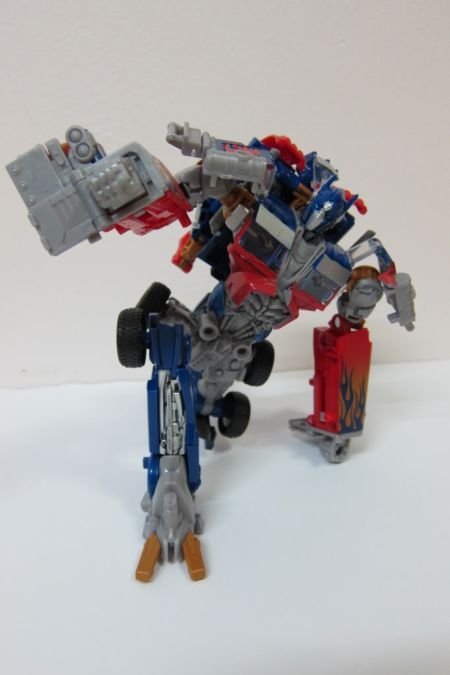 Action poses shows how articulated he is 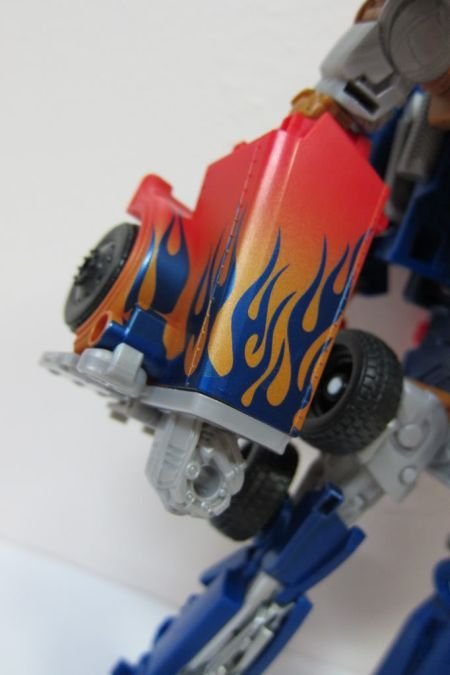 One word, underwhelmed. I do expect more on this particular big size Transformers. However, it failed me. The engineering is way to simple and direct, even the previously released HFTD voyager Optimus Prime beats him in transformation. There is a transformation part that i dislike, the forearms and hands. The hands are revealed by just sliding them out from the grill from the forearm.

The wheels on forearms are just left there and make the forearms look ridiculously bulky. Its feet without heel spurs barely support it to stand upright and make it a bit back heavy. On the bright side, it features the most compact backpack of all movie verse Optimus Prime which is the only compliment for its robot mode. It features the most basic articulations like neck rotation, shoulders, elbows, hips and thighs swivels.

Massive and intimidating. Not particularly movie accurate but enough to make a breakthrough. 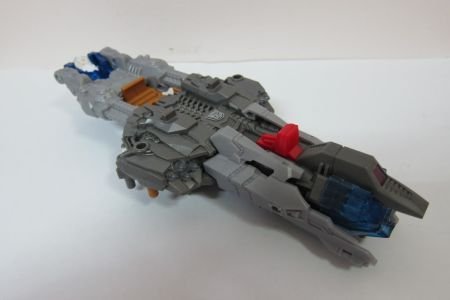 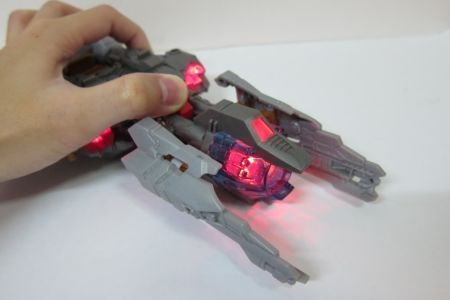 Neat gimmick. It provides various sound effects and lightning. It probably would not impress adult collectors but kids are going to love this. It also features a helmet with crosshair visor for Optimus Prime when connected to it which i will highlight later on. 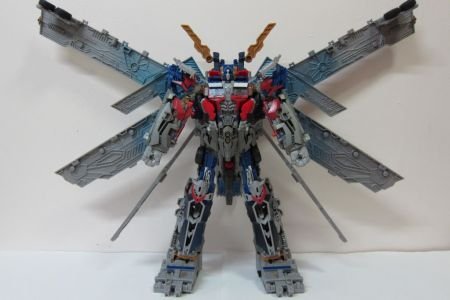 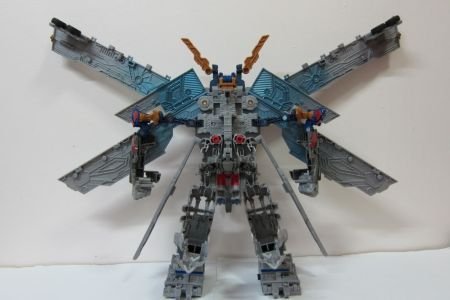 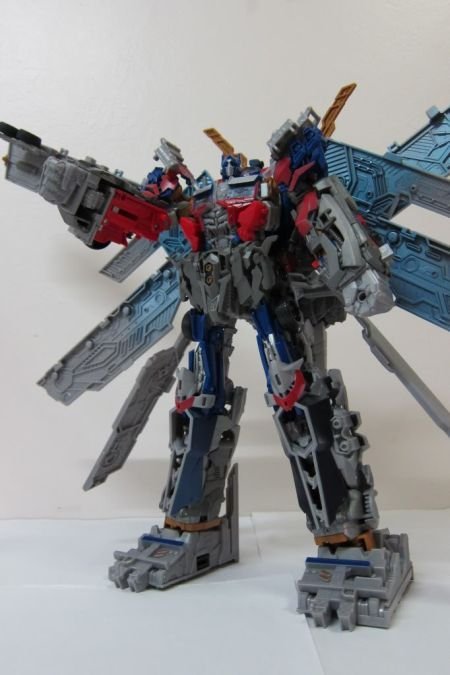 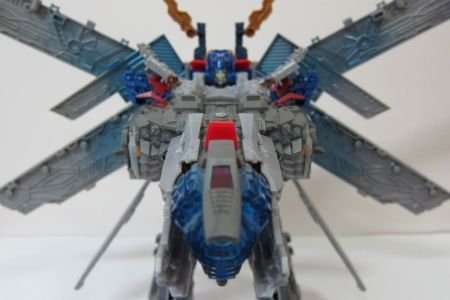 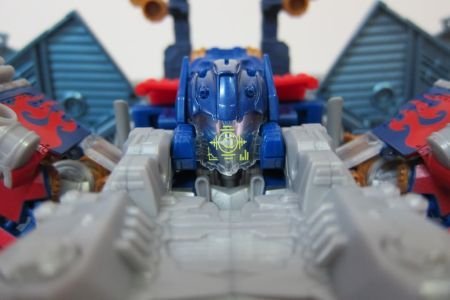 Prepared to get amazed by this beast. It is massive and intimidating. The sculpted details in the inner parts of trailer are impressive and intriguing. The combined form bulked up Optimus Prime pretty much but limited its pose-ability. The arm’s movements are limited due to the extra armor parts and the legs are basically fixed on the trailer armor. However, there are multiple joints on the armor parts at the shoulder region to provide him movement but not much.

Surprising, the trailer parts at the thighs which Optimus Prime’s legs connected are able to rotate outward, make it able to achieve a more heroic stance. The antennas, wings and side skirts are freely movable and can be placed according to your own personal preference. I hope the wheels on the first pair of wings are able to fold in completely rather than halfway to give the wings more aerodynamic look. Overall, Ultimate Optimus Prime is an amazing toys filled with various gimmicks, recommended !!

More could be done to get rid of the bland grey plastic. 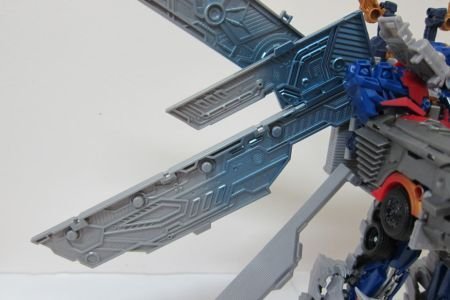 Nice paint job on the wings

Not the best in posing, but it is big enough to show off. Get it !!