We are going to review Reveal The Shield Perceptor this time and unknown to many, he is actually a fusion of Animated Perceptor and G1 Perceptor. Instead of  a microscope (which sounds unlogical these days), he is now a research half track vehicle.

The part that gave the nod of his G1 homage is the gun on the truck mode which can transform into a mini microscope. The cool thing about the deco is his chrome parts which is a rarity among Hasbro’s produce. He also comes with C joint bars for C clippers.

It’s time for the nerdy scientist to have the spotlight! Released under Reveal The Shield line on early of 2011 and here goes. 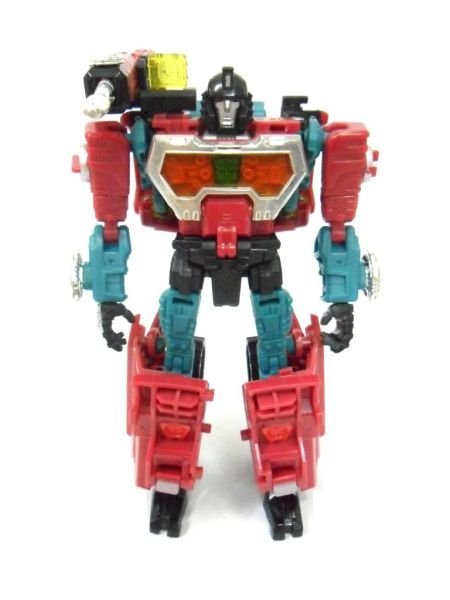 What he lack (in terms of his G1 self), he makes up in his bot mode. 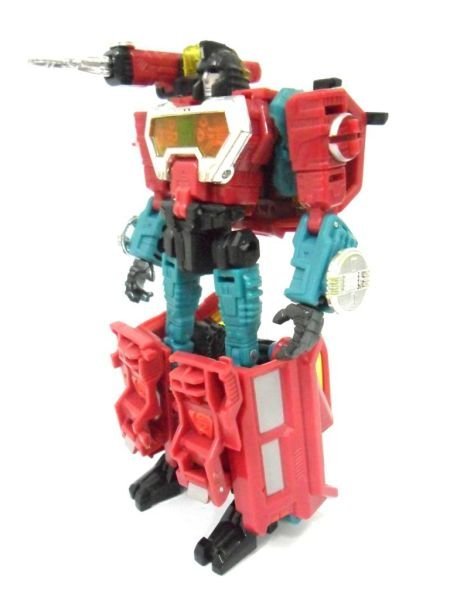 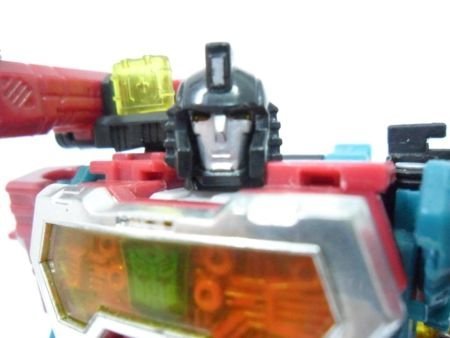 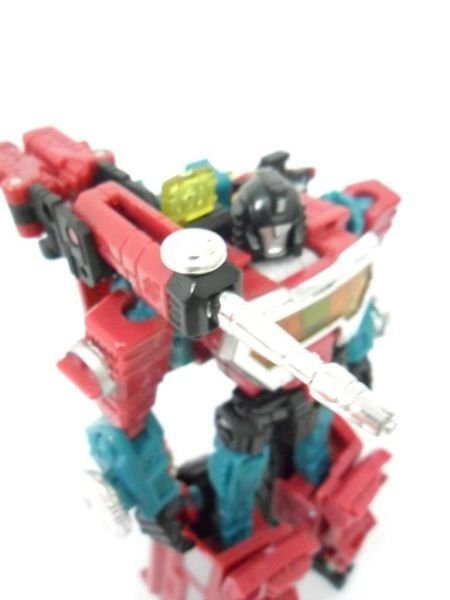 Chrome treatment. Seems like Hasbro and Takara are messing with the fans 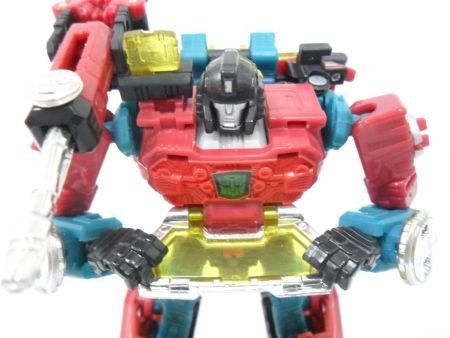 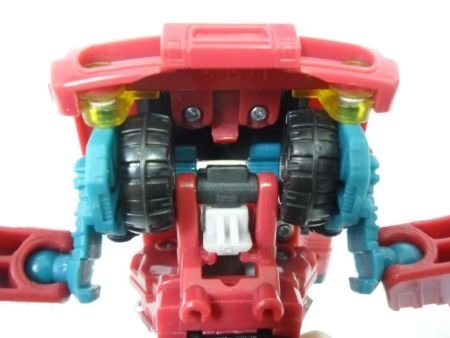 However, there is an issue of his backpack unable to plug in his back properly but it wasn't to the point of it falling off 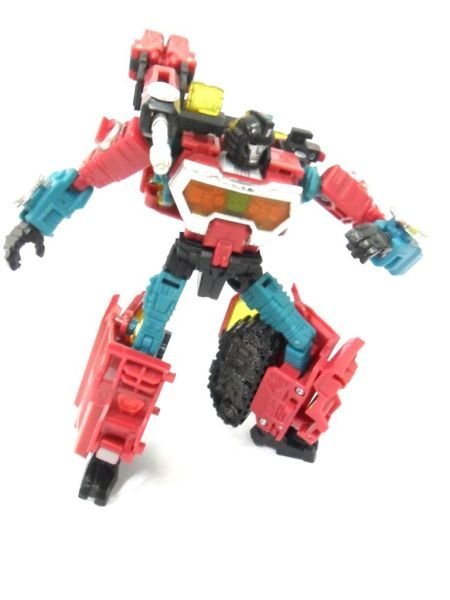 Due to his slim design, he posseses awesome range of articulations. 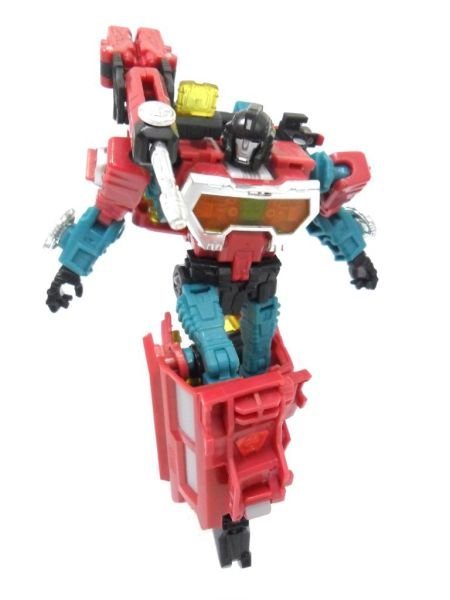 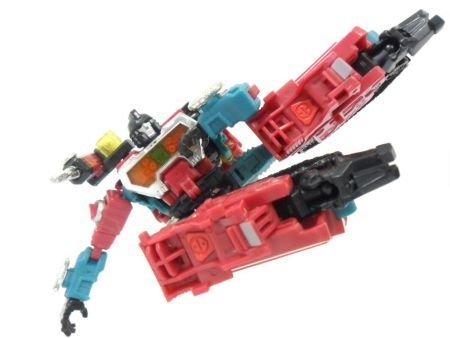 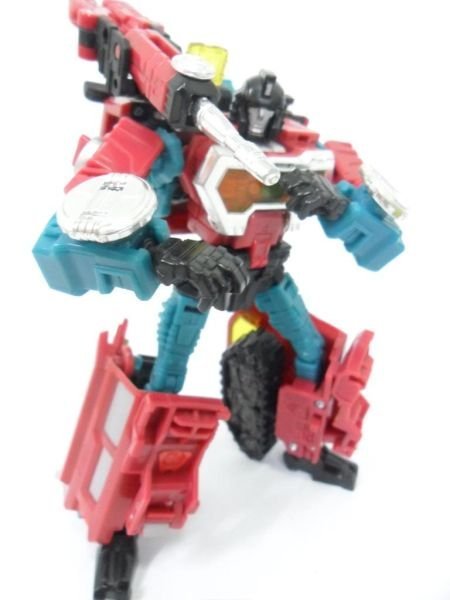 He does however lacks weaponary. It was said that the weapon from his G1 toy are compatible with him 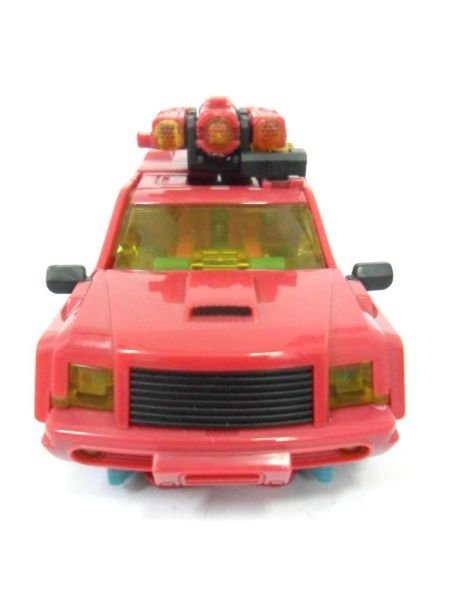 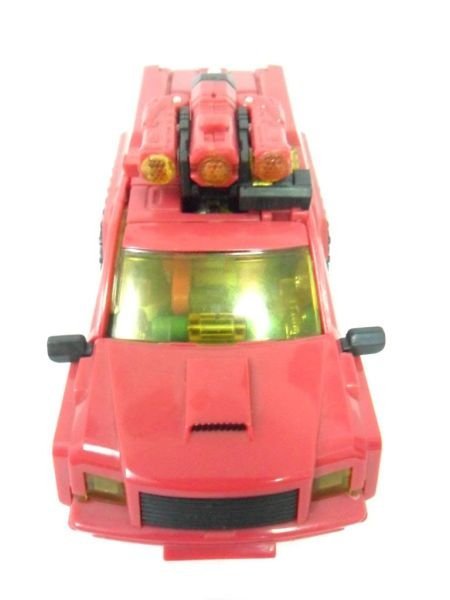 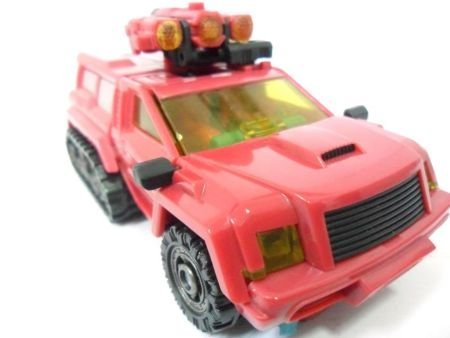 Nope, he's not a Microscope. Taking his character in Transformers Animated's Alt Mode 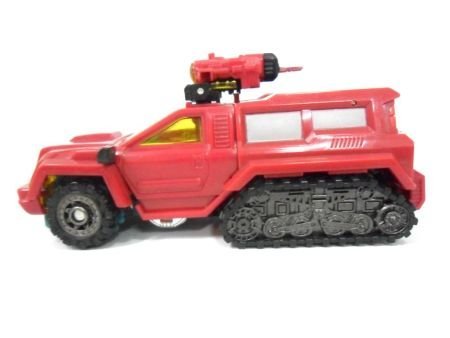 The rear section features treads instead of wheels, making it a half-track vehicle 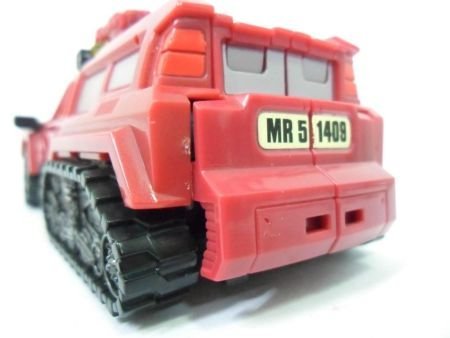 The back view with interesting license plate 'MR5 1409'. Not sure what it means

Alt Mode aside, his Robot Mode carries so much of his former self!

A really wide range of articulations.

His Alt Mode, personally, are practical and his Robot Mode is nicely executed. Slick and no kibble (that bothers).

For him, it can be said as almost none. Maybe the chest piece but doesn’t serve anything aside from homage. 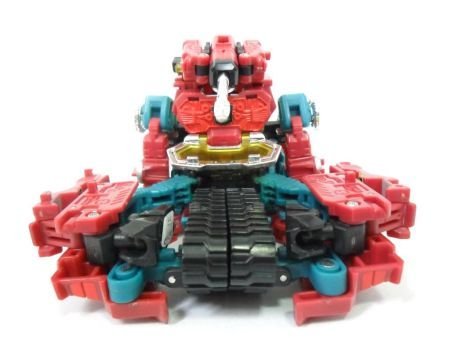 Now, like War For Cybertron Soundwave, fans tried to find the 'hidden mode' for the toys. For Perceptor, here's my try 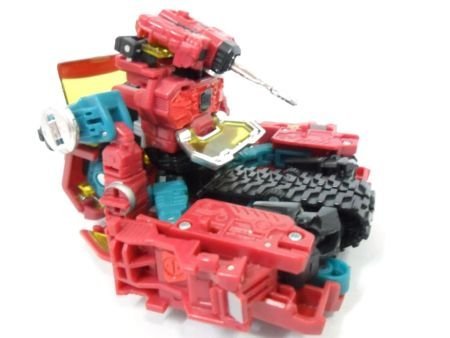 A fine finishing in terms of the color and the paint job.

Transforming from Robot Mode to Alt Mode does need some getting used to.

Can get enough Autobot yet? Grab him!

He’s a testament to what Classics/Universe/Generation/Reveal The Shield line are for, a newly improve toys of G1 character what still retaining the original persona of their G1 selves.