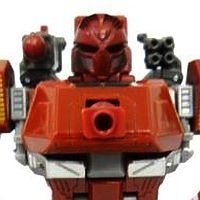 Warpath was the only new toy released in the 8th Wave of Generation. As was Universe Powerglide, he received an ‘up-scale’ release (after his 2008 Legend Class release) 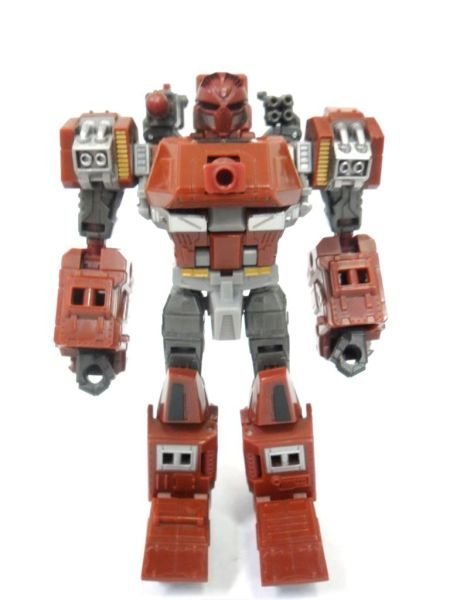 He carries an awful lot of resemblance with his IDW design 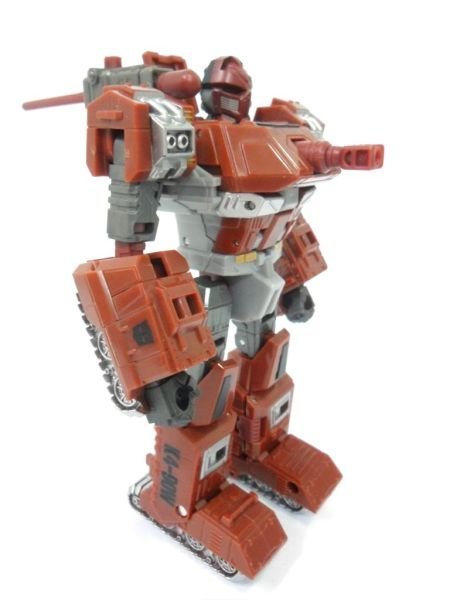 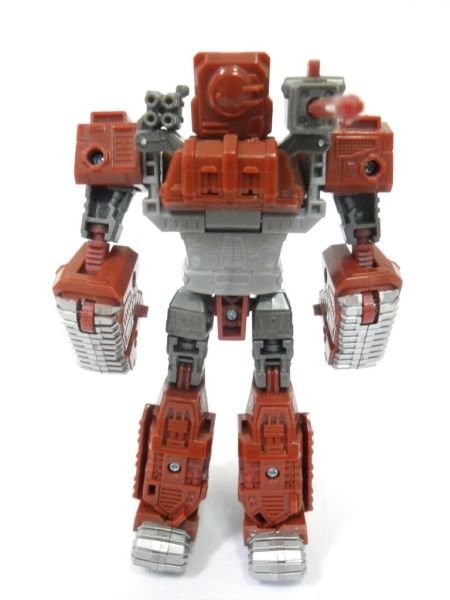 Back view of Warpath 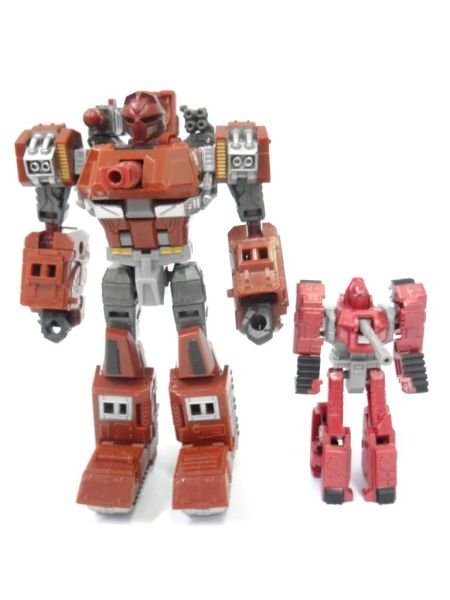 With his Legend self 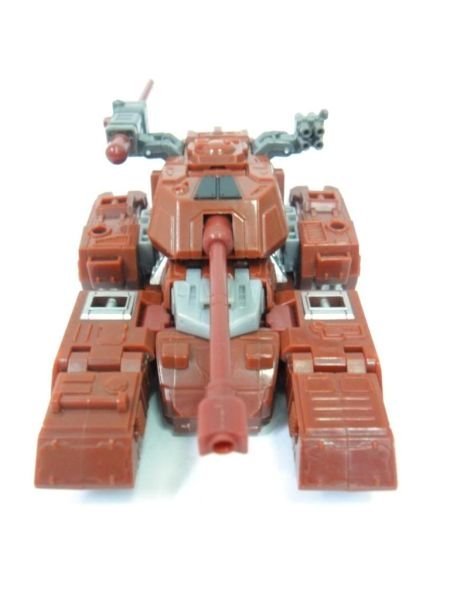 As was his legend release, his alt mode is a H-Tank with a spring-loaded missile launcher 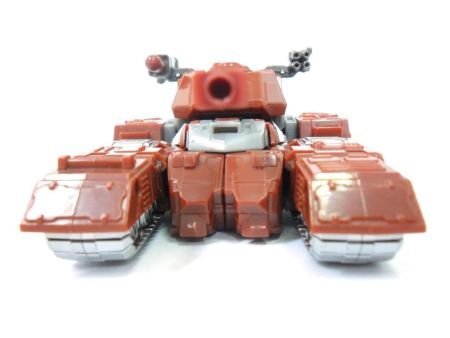 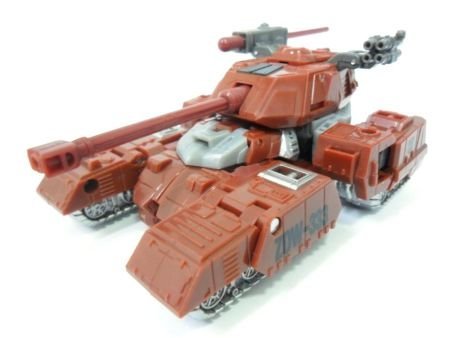 Side view of alternate mode 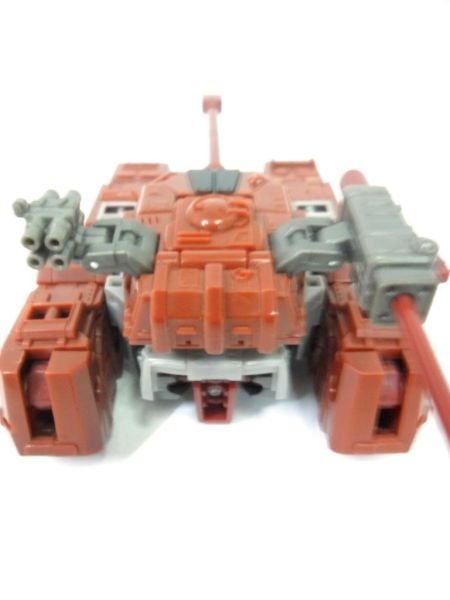 Back view of alternate mode 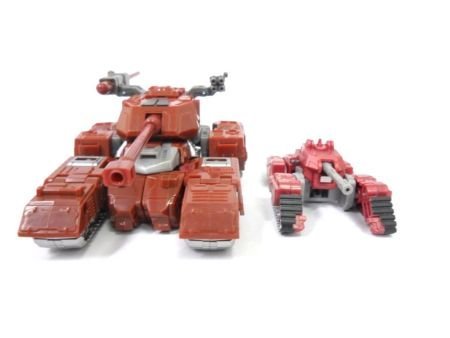 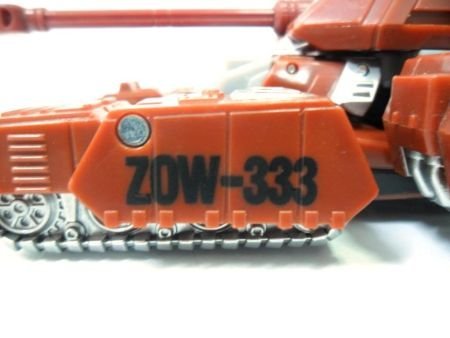 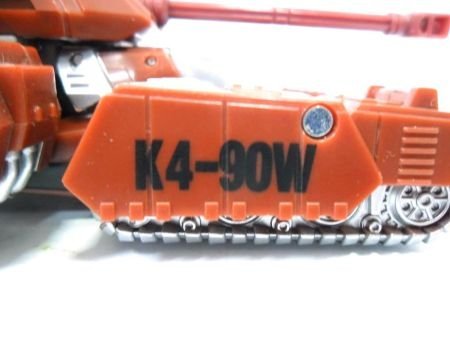 Tampographed "K4-90W" ("kapow"), his catch phrases from the original cartoon 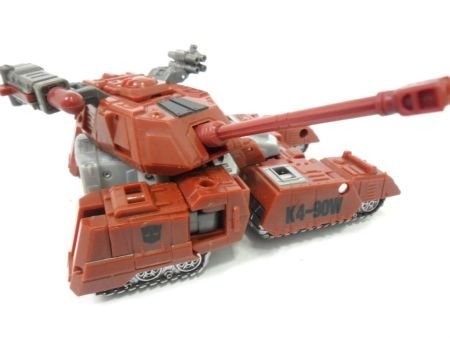 His turret can rotate 360o and his barrel can raise 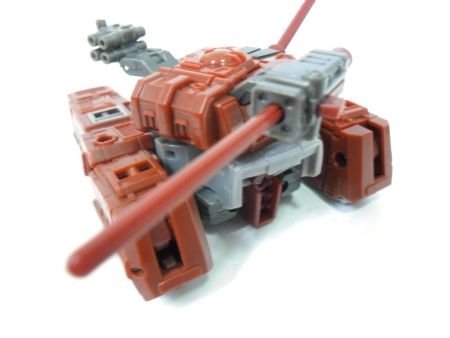 Saying that the projectile for his missilse launcher are long is an understatement. This maybe due to toy safety regulation

Being that his G1 toys was a minibot, it’s about time he received a deluxe treatment, more true to his original cartoon design.

For current standard, his articulation kinda underwhelming especially on his legs. 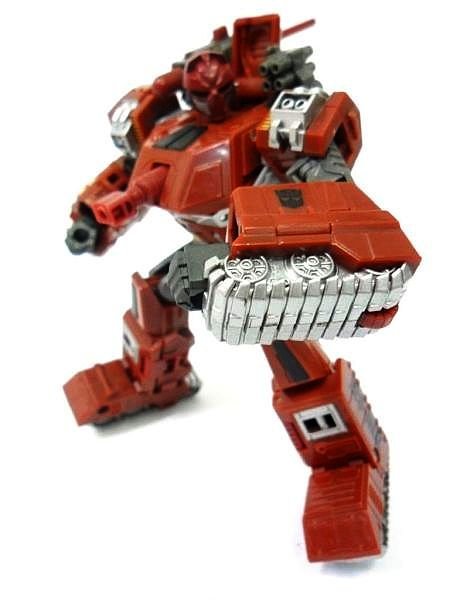 A small dissapointment would be in terms of articulation of this toys. Head only on swivel instead of ball joint, absence of wrist swivel and also ankle joint (though the feet can be tilt forward) 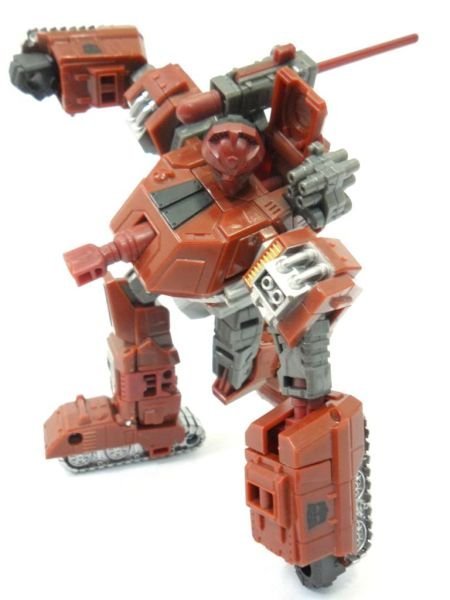 Still, by getting familiar with it, it's still pretty damn posable 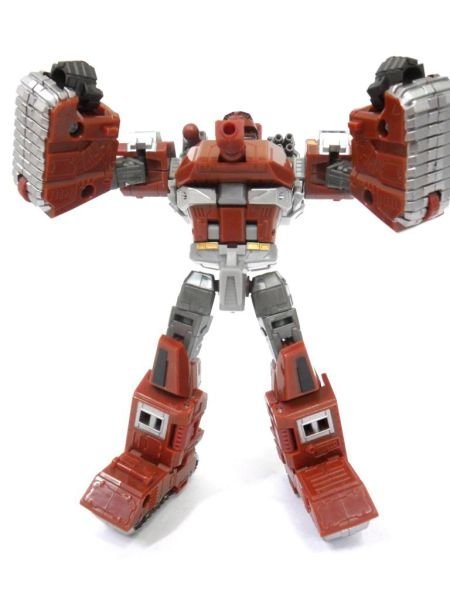 Why Powerglide bigger than me?

He’s not a shell-formers, that’s for sure. No extra kibble hanging around and limiting his articulations (Universe Galvatron comes in mind) 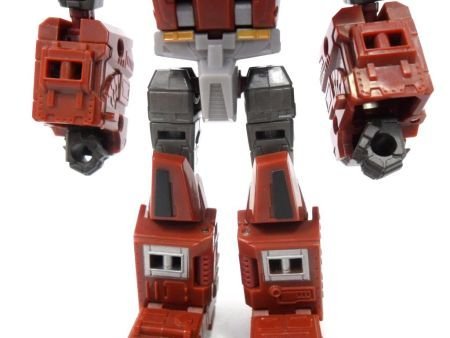 None aside from his “auto-morph”. The barrel was push inward to reveal his head (and should be left there so that the head won’t fall back in)

Given that he consist mostly of colored plastic, he has a pretty decent paint job true to his G1 roots.

Although his aesthetic is awesome, he is pretty much a straight forward toy.

Very simple transformation, pretty straight forward can be completed in less than 8 steps.

The is one of the most sought after (in Generation/RtS line) however that may due to the fact that he’s short stock.

A good re-incarnation. Personally, I kinda like the fact that Hasbro are giving the G1 Minibots (Powerglide, Seaspray, etc) a bigger toy class.