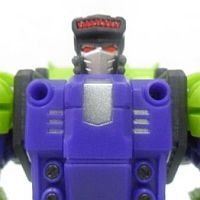 Here goes Structor as we review, the fourth of six figures by TFC toys, that combine together to form Hercules. He is technically not-Scrapper thanks to the creative minds behind TFC, Scrapper had made it through the ranks in CHUGS although not officially Hasbro’s. 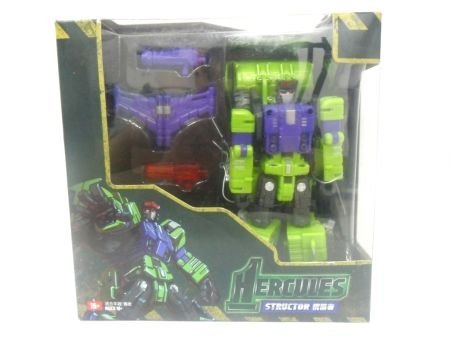 Same as those before him 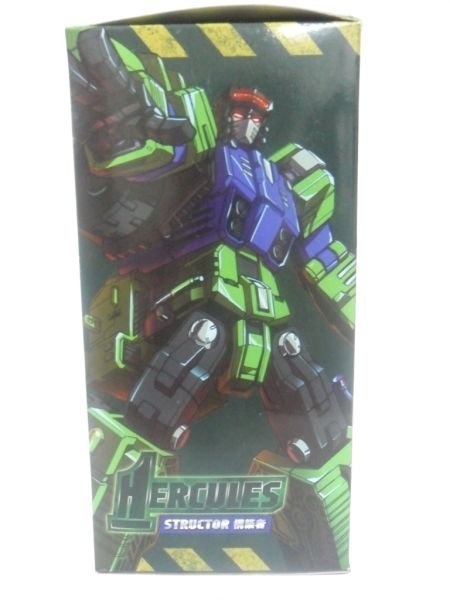 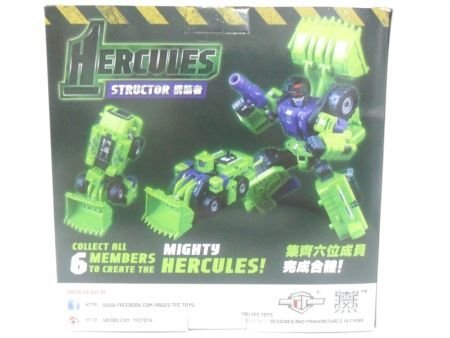 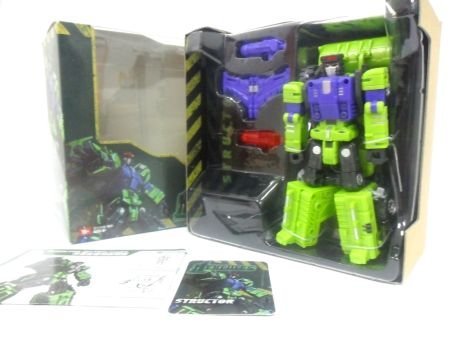 Aside from the normal accessories, he comes with 2 wings which are apart of Hercules's chest plate 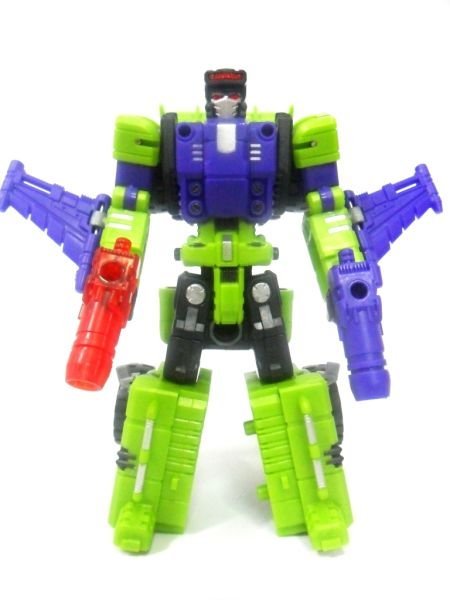 Voila - Take note that the wing can be detached and excluded from the fig. Just showing how his accessories can be incorporated together 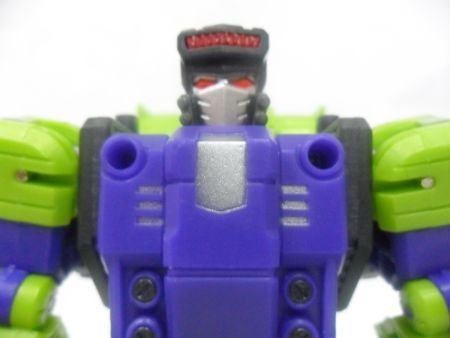 Really nice detailing on the head. And as always, they did a great job on the light piping 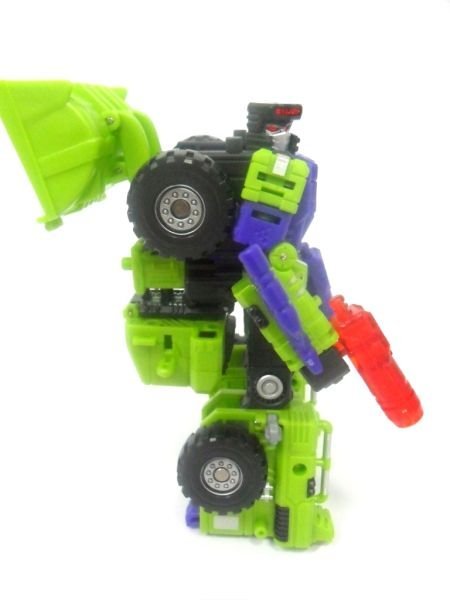 The kibble on the back does show resemblance for his not-former self. And despite what seems to big back heavy, he's suprisingly stable and stand without much effort. 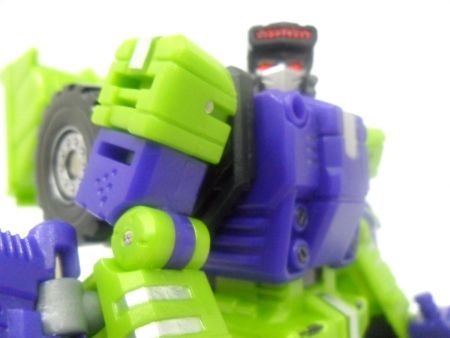 Close up side view 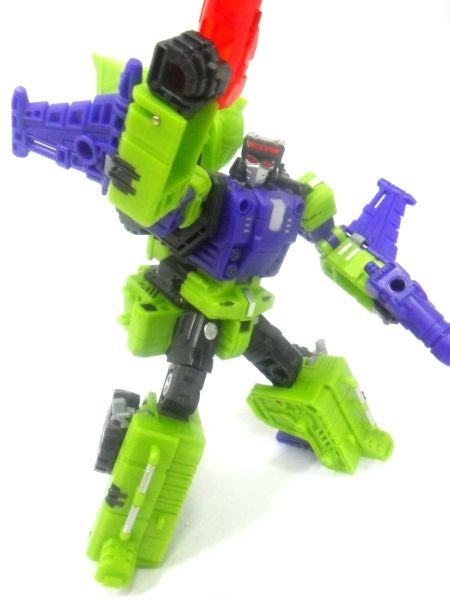 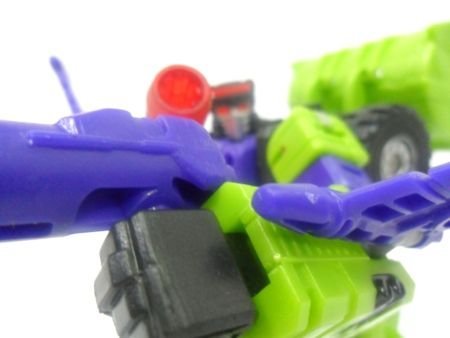 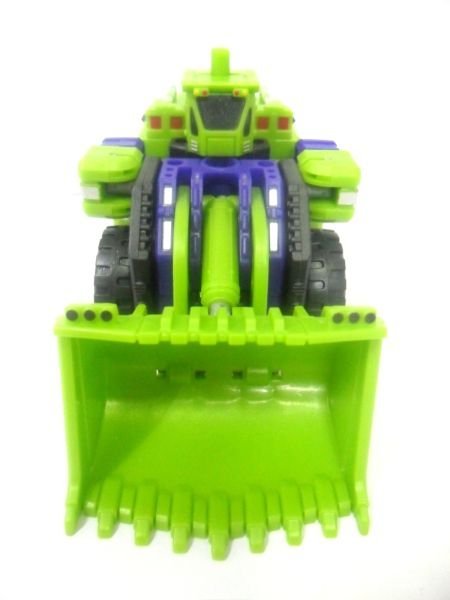 Equipped with workable hydraulic, a great re-imagining which still a homage to his not-former selfMore homage the his not-predecessor 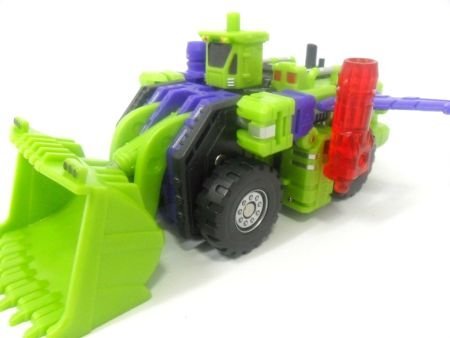 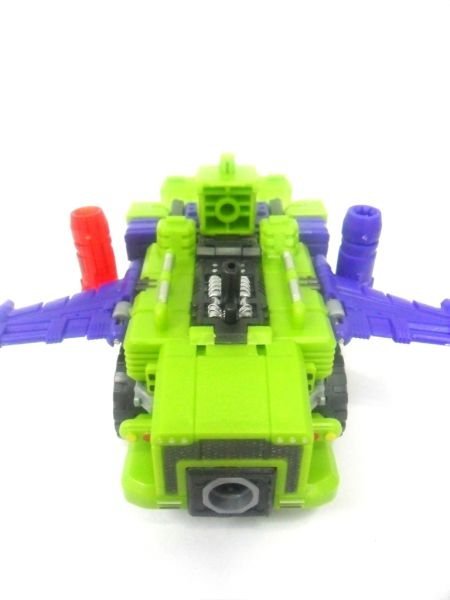 For the 80's toy, the chest plate was attach to it

Although his alt mode looks kinda weird…in a way, his Robot mode posseses great resemblance to the character it intended to.

Wide range of articulations however the swivel joint on the body are limited due to the back kibble.

In short, his articulation consist of :

Alt mode looks kinda off and in robot mode, there supposed to be better way to minimize the back kibble.

Since there is no clear gimmicks, we are going to feature his combining mode here; 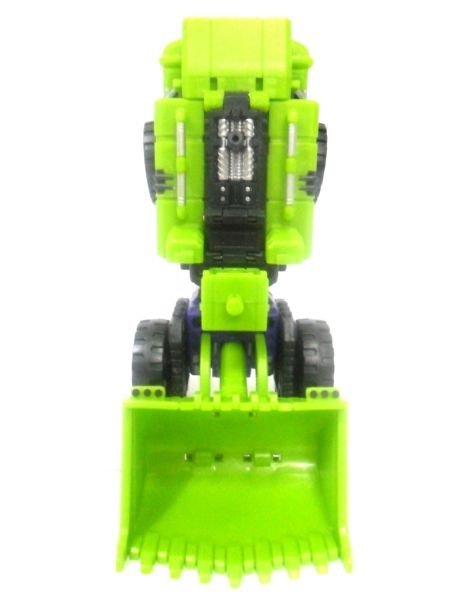 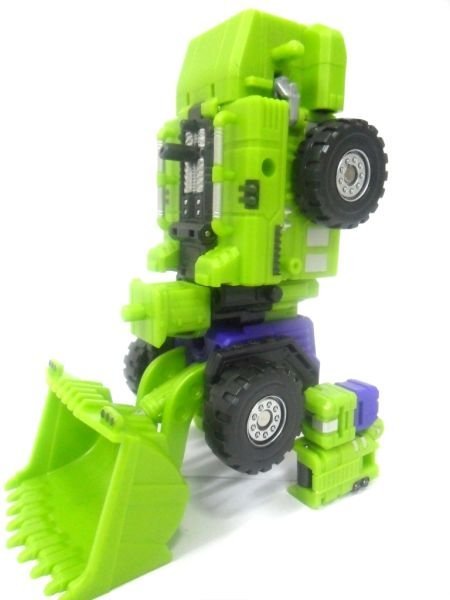 One thing, despite the looks, it is really stable!! The supporting joints are tight which help to support the soon-to-be-complete Hercules 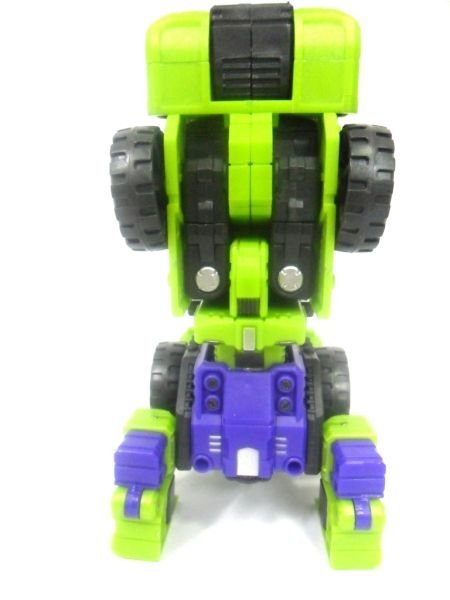 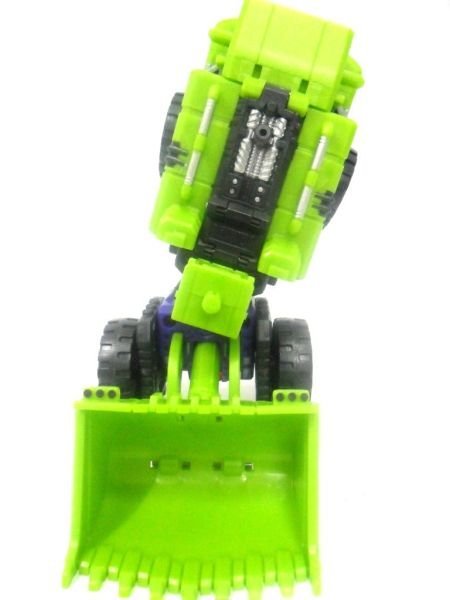 The use of saddle joints

Nice touch on the saddle joint at the body.

Aside from Hercules being nearer to be completed, not much.