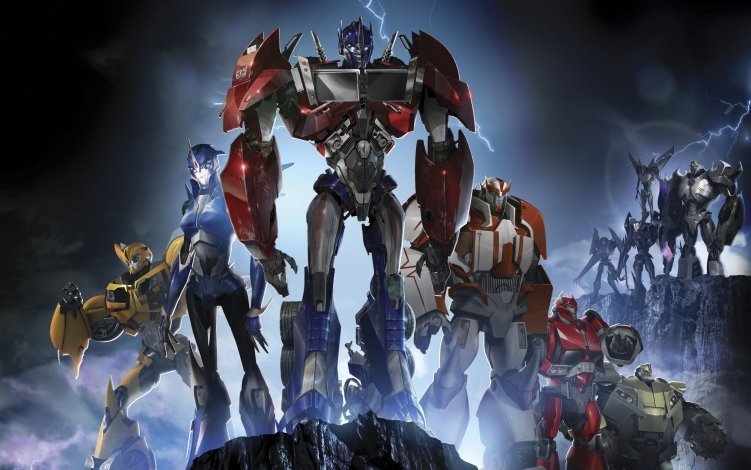 Transformers: Prime Is the Most Underrated Show in the Franchise

The Transformers franchise has had numerous classic cartoons, most notably the original, as well as its sequel, Beast Wars. However, one of the most well-received recent entries in the series is Transformers: Prime. Airing from 2010 to 2013, this show combined CG animation with great storytelling and incredible voice acting.

The series was particularly beloved by fans, especially in the wake of the maligned live-action movies. Despite the positive reputation, though, the show isn’t discussed much nowadays and seems to have faded into the fandom background. Here’s a look at what made the show so successful and the potential reasons that it failed to have a long-lasting legacy.

The Premise And Cast

The story, as usual, had Optimus Prime and his team of Autobots defending the planet Earth against Megatron and his horde of evil Decepticons. The Autobots were initially made up of Prime, Bumblebee, Ratchet, Cliffjumper and Bulkhead, whereas the Decepticons included Megatron, Starscream, Soundwave, Airachnid and a legion of mindless Vehicons. Prime was his typical self, Bumblebee physically and characteristically resembled the movies and Bulkhead and Ratchet was similar to their characterizations on the previous series, Transformers: Animated. The Decepticons also mostly matched their typical personalities, with the ruthless Megatron, the scheming conniver Starscream and the cold and robotic Soundwave.

What Made It Work

The show’s tone was one of its strongest selling points, as it was easily the darkest and most serious show in the franchise outside of the Western entries in the Beast Era. The lack of ridiculous humor and generally sharp writing were especially strange, considering that the show was written by Orci and Kurtzman, the duo behind the first two live-action movies. The dramatic music that accompanied the show also made it feel even more cinematic, enhancing the already epic saga.

The designs were some of the best in the franchise, with an aesthetic bolstered by top quality CGI. Optimus Prime, Bulkhead, Ratchet, Ultra Magnus and others resembled their normal designs, whereas Megatron, Soundwave and other Transformers had looks that combined Generation 1 designs with much better versions of the movie designs. The CG also complimented the somewhat stylized look of the human characters, who would not be out of place in a film like Big Hero 6.

The show also had perhaps the best incarnations of Optimus Prime, Arcee and Starscream. Prime initially starts as the stoic, speech giving leader that he’s known for being. Eventually, however, his backstory and moral boundaries are played with more than ever before, without turning him into the murderous psychopath that he was in the movies. Arcee is no longer a generic pink female Autobot, being portrayed as a strong-willed warrior whose facade of defensiveness masks a life of losing countless loved ones in the war. Her relationship with her human partner Jack is also one of the best Transformer/human friendships since Generation 1 Spike and Bumblebee. Likewise, Starscream’s scraggly design perfectly compliments how he is written, and the Decepticon Seeker jet is even more slippery and traitorous than usual. This ultimate incarnation of Starscream is all wrapped together with a perfectly reptilian voice supplied by Steve Blum, who channels the voice he used for Orochimaru in the English dub of Naruto.

Why It’s Been Forgotten

Perhaps the biggest detriment to the show’s longevity was how hard it was to watch when it came out. The show premiered on the network at the time known as The Hub, a Discovery Channel subsidiary that was not included in some cable packages. Previous and later shows in the franchise were on the much more mainstream Cartoon Network, making this one much more difficult for kids and older fans to watch. Thus, those that sought out the show through streaming or other means were likely already hardcore fans.

One element that may have deterred fans was the CGI and some of the designs, such as Bumblebee and Megatron. Bumblebee looks almost identical to his movie counterpart and has an annoying mute personality to match and Megatron resembles the classic G1 look, but also his more chaotic movie design. This closeness to the movies could have kept fans who disliked them from giving the show the chance it deserved. It may have also been a bit of whiplash after Transformers: Animated had designs and characterizations that were both generally closer to the classic takes on the characters.

Despite it not making a lasting impact at the time due to how difficult it was to watch, fans can easily enjoy the series now. Transformers: Prime can be purchased on Amazon Prime, as well as streamed through Netflix and Tubi.