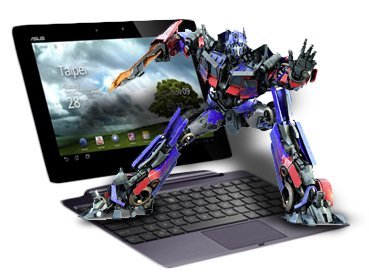 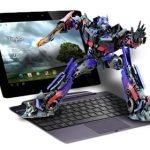 This is a nice article on how Hasbro have grown in taking aggressive stance on ‘wrongdoers’ who violated their trademarking.

Since 1984, Hasbro’s Transformers toys have transitioned from robots into cars or weapons or those sorts of things. Then they became comic books and movies and now they have become a lawsuit.

The Hollywood Reporter notes that Hasbro and a computer manufacturer that has created a “high-end tablet/laptop hybrid computer dubbed the ‘Transformer Prime,’” Asus Computer International, are ready to do legal battle.

Hasbro filed suit claiming that its trademark had been infringed upon, THR adds, pointing out that one of its characters is named Optimus Prime as well as the existence of its licensed Transformers Prime TV series.

The question, of course, is whether the consumer will be confused at all about the new tablet, which went on sale before Christmas, on Dec. 19th, having anything to do with Hasbro’s big-bucks franchise. Even though the pair don’t fall into the same categories, Hasbro is arguing that the “Transformers brand is expanding (due mainly to the Michael Bay Films),” the publication reports.

A loss by Asus would be a major financial blow to the company since it would have to recall all of the tablets it sent out to retailers during the holiday season and perhaps “either sell the tablet rights over to Hasbro or stop production of the product all together.”