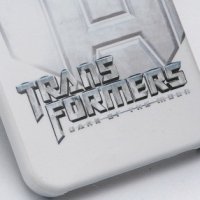 Transformers and mobile phones have been closely associated since the previous movies! Making  a comeback for dark of The Moon, AirAsia released exclusive case suitable for Blackberry and iPhone.

In true Transformers fashion, these smart phone covers are man’s best friend. They protect and save us from minor heart attacks when your phone accidentally hits the gravel. 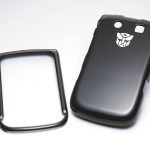 Staying true with it’s namesake, this case comes in black with a white Autobot faction logo on the back of the case.

The case is suitable for the iPhone 9800 model and the case is as simple as it gets.

The front of the cover contains a small red AirAsia logo on the bottom right hence acknowledging it’s exclusivity.

The case looks sleek and stylish, but too bad it doesn’t transform into a robot. However, it certainly does change your style! 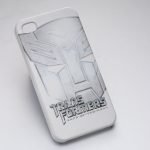 Suitable for iPhone, AirAsia is certainly not forgetting the iPhone users. This case was made exclusively for iPhone4 being the latest and the most widely used phone.

What is special about this case is the back of the case contain motifs of a faded Autobot faction logo with the Transformers Dark of The Moon logo.

Similar to the Blackberry cover, this one also contains an official AirAsia logo acknowledging the exclusvity.

All Transformers Dark of the Moon merchandise are available online at airasiamegastore.com (enjoy 10% off) and sold via other channels such as onflights on all AirAsia and AirAsia X flights (refer to normal price column) and onground at the AirAsia MegaStore kiosk at LCC Terminal.  On-ground event is from 4th July to 3rd August 2011.

If you are flying off via LCC Terminal, Malaysia do chance upon for some photo opportunities with Optimus Prime and Bumblebee, from NOW til 3rd August 2011!