Also known as the Transfans Malaysia (formerly Malaysian Transformers Fandom Group), TransMY’s aims are to gather and unite all Transformers fans and collectors from Malaysia to provide a medium for information exchange, experience and fun with Transformers franchise and fandom.

Members are currently made of old fans, rekindled fans and new fans alike where we try to unite as one of the biggest and consolidated Transformers fan group, consumers and collectors based in Malaysia.

Prior to the founding, TransMY resided in Yahoo! Groups as a very small and unpopular online hobbyist group.

The old group still exists although it has run actively during its actual service in the period of June 2003 – Mar 2004. For now it functions as a proxy to divert members to our current site.

After around two months operating in Yahoo Groups, the founder decided to advertise TransMY in Tformers, which was an international Transformers news portal based in the US.

That is where few more Malaysian members responded and joined TransMY immediately after the advert were released. With extensive knowledge of the fandom, some of them were promoted as moderators in the group and still serve as active moderators till present.

On 1st March 2004, TransMY migrated to a bulletin board styled website using open source software called phpBB, hosted in phpbbhost.org (now defunct) where they offer phpBB forum hosting for free at that time. 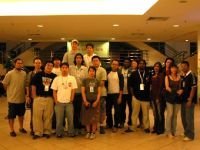 What was intended to be experimental at the beginning immediately became bigger as streams of traffic and members come signing up and band together.

This time the forum was much more organised compared to the latter (Yahoo Groups) where discussion boards were split into sections so that members can choose to interact in their favourite section.

TransMY then moved up a step further by migrating for the third time on the 1st of May 2004 to a CMS (Content Management System) styled open source software using phpNuke hosted by timichost.net (now defunct), thanks to Anthony Serrano the CEO of timichost.net (Timichost) who spotted us during our plea for a free webhost in a US-based web developers forum.

Anthony was kind enough to sponsor us for approximately a year. During that time, the membership was steady and we were able to promote ourselves in prominent search engines like cari.com.my, yahoo.com and google.com.

We also did some promotion in other transformers forums based in the US and UK, and for the second time, we 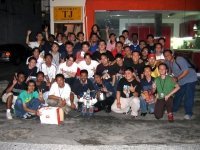 promoted TransMY again in tformers.com which leads us to a membership of 67 during the time of that record.

We run the our very 1st Official Gathering on the 11th September 2004 with over 30 present.

The second gathering followed up a year after that on the 19th February 2005 in conjunction of the founder’s return to Malaysia, and the most recent one was held three days in Cineleisure, Mutiara Damansara from the 22nd-24th June.

The third gathering was the biggest gathering ever as members participated in the event launched in conjunction of Michael Bay’s blockbuster – Transformers Movie. 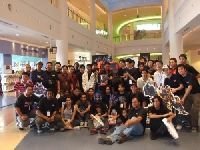 The event attracted so much press coverage that many members was featured in major newspapers, magazine, radio station and even TV talk shows!

TransMY was officially ‘branded’ on September in he same year when a fellow member Tigatron (aka Kok Hoong), an honoured old timer completed his sketch, then designed and completed our very first logo based on a tiger motif which was based on the symbol of Malaysian national identity.

In the following months of December 2005, TransMY acquired a webhost and domain name with a personal DNS server and migrated to the new webhost running a new CMS powered by Joomla open-source.

TransMY undergone another migration in December 2007 to a Malaysian-based webhost thus successfully ‘returned’ home after so long being hosted overseas.

In March-April 2011, TransMY upgraded its content management system again from Joomla to WordPress. This is an ambitious project for TransMY as the founder who is an avid social media fan is trying to get TransMY across the social media channel via blogging, Twitter and Facebook. As a side reconstruction, the forum has also been upgraded by separating them from Joomla to make it run independently, using Simple Machines Forum as the platform.

In the past 5 years, TransMY have been working closely with United International Pictures (UIP) Malaysia, MyEvents, Cineleisure, Queensbay Mall and others for Transformers movie-related exhibitions.

TransMY will look forward in the future for much bigger social event to gather more fans gearing towards appreciating this fandom.